News
Business
Movies
Sports
Cricket
Get Ahead
Money Tips
Shopping
Sign in  |  Create a Rediffmail account
Rediff.com  » News » 'Without guidelines, lawyers are shooting in the air'

'Without guidelines, lawyers are shooting in the air' 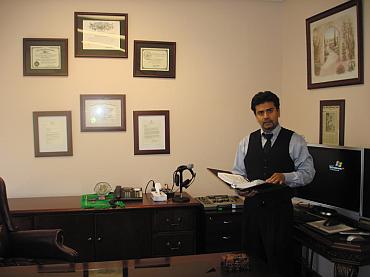 Leaving the United States is the only solution left, felt Sheela Murthy of the Baltimore, Maryland-based Murthy Law Firm, for students of Tri-Valley University, who have been running from one university to another and from one attorney to another since federal authorities raided and shut down the college on January 19.

Murthy attended the conference call with over 150 Tri-Valley students, arranged by the Telugu Association of North America. Though the students did not ask questions, Murthy answered some of the common queries her firm has been receiving from Tri-Valley students and their families.

"She concluded that if not today, tomorrow we need to depart," said a student. "The lawyers' hands are tied; they are also waiting like us. She said there is no hope for reinstatement, the (best) option is to depart."

Murthy's office said in an e-mail that the firm's attorneys provided answers to questions relating to possible transfers to other United States schools, changes from F-1 (student) to other non-immigrant status, issuance of Notices To Appear, departure from the US, etc.  The Q&As also included common scenarios and advice on how to minimise negative immigration consequences from F-1 status violations resulting from school closures.

Ashok Kolla, chair, student committee, TANA, said Murthy advised students to think of the expenses involved and of the time that would be taken to reinstate, if at all some of the students are reinstated.

Kolla said a petition signed by about 680 students had been  sent to the Department of Homeland Security.

"We want the government to provide definite guidelines to the students," he said. "Since it's a time-consuming process, we sincerely request the US government to show some mercy and allow them to study in the US by transferring their SEVIS (Student and Exchange Visitor Information System) and continue the investigation."

"So far we have not seen a single student's I-20 (document issued by a university to students who have been granted admission) reinstated," Peerally said. "On the contrary, we are seeing a lot of people placed on deportation for even supposedly three days out of status. The attorneys are trying their best to assist within the legal boundaries. However, at this point, without major guidelines or instructions, the lawyers are pretty much shooting in the air."

Students, he said, "need both lawyers and advocates at this point. They need to have people supporting them and believing in them. Remember, it is not an attack on the TVU students only, but on an entire community. If we do not react now, later will be too late."

Peerally, who has been compiling Tri-Valley students' stories and passionately advocating their cause on his blog www.immigrationlegalblog.com said "small victories" such as 'few radio tags removed' or headlines like 'Hilary (Clinton) promised to help' are misleading.

"People are scared, frustrated, ashamed, hurt," he said. "The focus should be on this. While the talks are going on, people are being interrogated and placed in deportation. Their right to counsel is being denied. We are facing a major bloodbath." 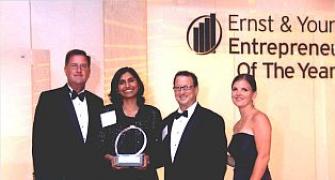