Reflecting a new sense of bonhomie between India and the United States, top American lawmakers on Wednesday praised the leadership of Prime Minister Narendra Modi and underscored that the bilateral relationship has entered a new phase.

Among the Congressmen were the former Speaker of the US House of Representatives Nancy Pelosi (from the Democratic party) and the Senate Armed Services Committee Chairman Senator John McCain of the Republican Party.

More than a dozen powerful lawmakers spoke as the prime minister finished his address to the annual gala of the US India Business Council and came down the podium to meet them.

And thereafter he took one of the chairs at the centre-table that included Pelosi and McCain among others to have his dinner.

Looking forward to Modi's address to the joint meeting of the US Congress in Wednesday, McCain referred to the leadership of the prime minister in improving bilateral relationship.

Congress Welcome Committee Member Shalab Kumar said the prime minister's address is an opportunity for India to extend hand of friendship to America.

"It's a fantastic opportunity for India to show extended hand not just to one executive, President Obama but the leaders of Congress of friendship to America via their chosen representatives, " he said.

Talking about the event, Kumar said that it would be like a red carpet welcome.

"It has been our wish that India's prime minister addresses the joint session of Congress led by our party, the Republican Party. It's going to be an extremely exciting event where the entire Government of US is present," he added.

Welcoming the prime minister to the United States, Pelosi said she has wishes from the California Governor, and other leaders from her State on the impressive speech he made last September in the Silicon Valley.

It was one of the most inspirational speeches ever, she said.

Congressman Elliot Engel, Ranking member of the House Foreign Affairs Committee recollected the Madison Square Garden of the Prime Minister in September 2014. This he said was historic.

Several other lawmakers referred to the Madison Square Garden's event with one of the praising his "energy" and "charisma".

Congressman Ed Royce, Chairman of the House Foreign Relationship Committee said the India US relationship has improved tremendously in the last two years.

Royce and other lawmakers had initiated the move to invite Modi to address a joint meeting of the US Congress.

Prime Minister Modi would deliver his address on Wednesday. He is the fifth Indian prime minister to do so and the first one in about a decade.

India-US partnership is going to define the world in the coming decades, Royce said.

Congressman Ami Bera, the only Indian American lawmaker in the US House of Representatives said he was proud of the prime minister.

Tulsi Gabbard, the first ever Hindu elected to the Congress praised the leadership skills of the prime minister and said that India and the United States are destined to strengthen their defence relationship.

The US Energy Secretary and the World Bank President also spoke on the occasion.

Source: PTI© Copyright 2021 PTI. All rights reserved. Republication or redistribution of PTI content, including by framing or similar means, is expressly prohibited without the prior written consent.
Related News: US India Business Council, Narendra Modi, Pelosi, Ed Royce, US Congress
Print this article 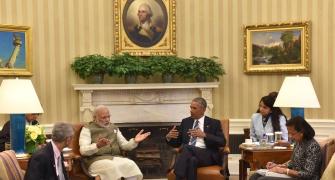 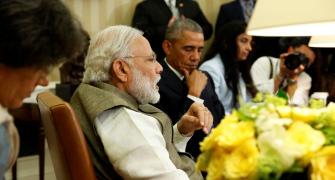 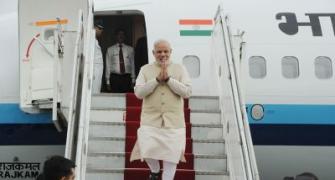 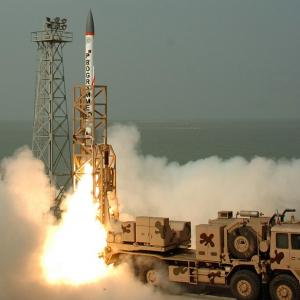