Relatives of thousands who perished in the December 26, 2004 tsunami on Monday observed the seventh anniversary of the tragedy by lighting candles and offering floral tributes at memorials in Tamil Nadu and Puducherry.

In Chennai, family members of the deceased gathered at Marina beach and offered prayers.

Beaches and coastal villages in Cuddalore and Nagapattinam districts, that bore the brunt of the tsunami, saw relatives of victims offering prayers.

The 'tsunami memory pillar' in Devanampattinam in Cuddalore district was decorated with flowers, while many poured milk in the sea and performed rituals.

In Puducherry, Chief Minister N Rangasamy, his cabinet colleagues, Speaker V Sabapathy and opposition Congress legislator K Lakshminarayanan were among those who paid homage to the victims near Mahatma Gandhi statue.

Sand sculptures depicting the horrors of the tsunami made by artists of Puducherry were on display at the seashore in Veerampattinam coastal village.

In Karaikal, fishermen took out silent rallies on the occasion.

Coastal districts of Tamil Nadu and the Union Territory of Puducherry were badly affected in the Tsunami waves that struck India on this day in 2004 following an earthquake off the western coast of Sumatra in Indonesia. 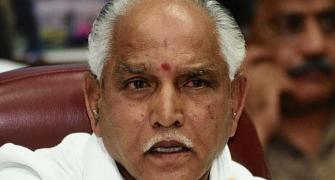 Rangasamy sworn in as Puducherry CM 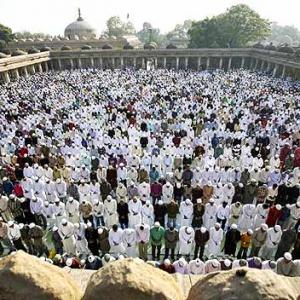