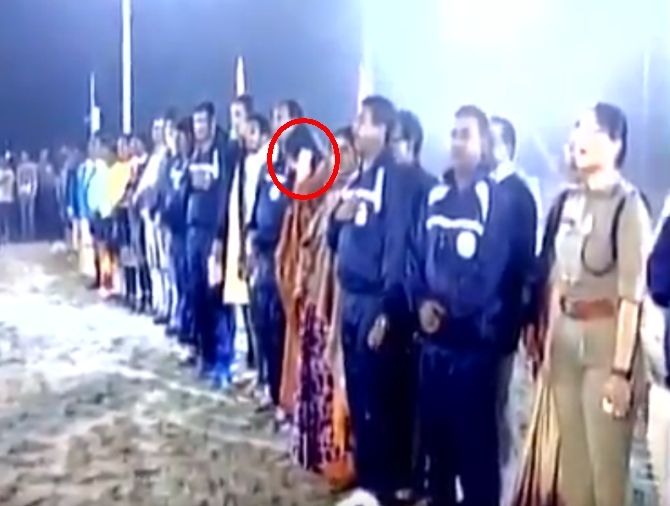 In an embarrassing incident for the Trinamool Congress, party MLA Vaishali Dalmiya was caught on camera speaking over the phone while the national anthem was being played.

The TMC leader, who was attending a sports event in Howrah, West Bengal on Sunday was busy attending phone calls while the national anthem was being played.

Dalmiya, who is the daughter of late Jagmohan Dalmiya, former president of the International Cricket Council and the Board of Cricket Council of India, was attending the Commissioner's Cup football tournament organised by the Belur Police Station.

This not the first incident when a politician came under the radar for talking over phone during national anthem.

Earlier, former Jammu and Kashmir chief minister Farooq Abdullah faced a huge backlash for talking on phone while the anthem was being played.