Slamming Modi for his alleged "intemperate, malicious and defamatory" remarks, the Congress party, in its communication to Chief Election Commissioner V S Sampath, said that by describing the hand symbol of Congresss as Khooni Panja and Jalim Hath (cruel hand) Modi is using derogatory language even for the Commission since it has reference to the symbol allotted by the Commission.

"The use of the expression khooni panja is extremely significant and deplorable and has an effect of terrorising the public at large against Congress," the party said.

The party also sent to the EC a DVD of Modi's speech at Dongargarh, when he had made the remarks, as well as clippings of a newspaper report.

"The tone, tenor and language used by him (Modi) apparently shows that he has intentionally and deliberately used abusive words and remarks. The code permits criticism of other political parties confining to their policies and programme, their past record of work, but the statement made by him is not a criticism as contemplated under this clause. He is using intemperate language which is also malicious and defamatory.

"He even goes on to criticise the Congress party based on unverified allegations; rather deliberately he has distorted the facts to mislead and misrepresent to the public at large. Since this programme was also televised by the electronic media, these statements made by him were also shown in different parts of the country," K C Mittal, secretary of the All India Congress Committee’s legal department, said in the communication.

Congress' complaint to the EC follows days after the BJP lodged a complaint to the poll watchdog against Congress Vice President Rahul Gandhi's remarks about Mujaffarnagar communal violence, which had created a huge political controversy.

The party also sent the EC the text of Modi's speech in which the BJP leader had made the remarks.

The party said the manner in which Modi first referred to the Congress' election symbol, claiming it would lead to the ruin of Chhattisgarh, and later referred to khooni panja, was calculated to depict the Congress party and its symbol "in the worst possible light and caused the people to develop a fear against the party".

"The use of the expression khooni panja is extremely significant and deplorable and has an effect of terrorising the public at large against the Congress. Khooni panja means a bloodied hand and directly accuses Congress party of being involved in heinous activities," the AICC said.

It said since Modi has been representing the BJP, the opposition party is also "equally guilty" of the violation of the Model Code of Conduct.

The party requested the EC to "take stern action" against BJP and Modi for "violation" of the Model Code of Conduct.

Earlier, the BJP, in its complaint to the EC, had protested against Gandhi's claim that Pakistan's Inter-Services Intelligence was in touch with some of the victims of the Muzaffarnagar riots. The EC had issued a notice to Gandhi, who maintained that he did not violate the Model Code of Conduct.

The Congress vice-president on Friday responded to the notice, defending his remarks and maintaining that he had not violated the model code.

Congress is also learnt to have taken strong objection to another remark by Modi, at a rally in Bahraich, in which he said, "I feel that in the next elections it would not be the trio of Samajwadi Party, Bahujan Samaj Party and Congress which would be in the election fray. I feel that in the next elections, Central Bureau of Investigation and the Indian Mujahideen... they would take care of the elections so as to save the fortress of Congress."

The party could be approaching the EC on this issue as well. 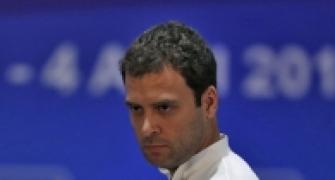 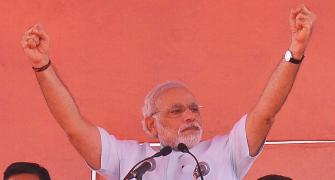 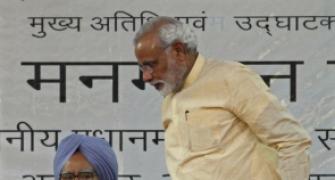 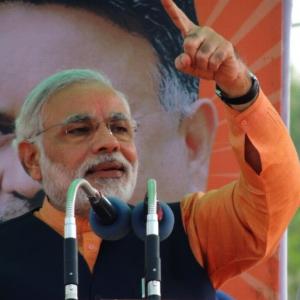 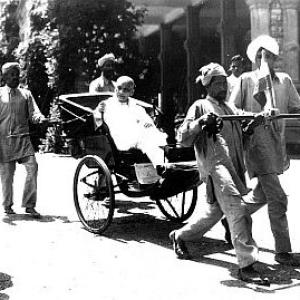