This is the first time that four men will be hanged together in Tihar jail.

Seven years after the execution of Afzal Guru, Tihar jail on Thursday prepared the ground to hang the four men convicted in the Nirbhaya gangrape-murder case after several dummy runs and officials brushing up on details specified in the jail manual.

This is the first time that four men will be hanged together in Tihar jail, South Asia's largest prison complex that houses more than 16,000 inmates.

A senior prison official said Pawan Jallad, a hangman from Meerut, reported to the Tihar Jail administration on Tuesday evening to prepare for the exercise.

According to the jail manual, the jail superintendent will oversee the testing of the ropes and also inspect the gallows a day before the execution.

This will be followed by a dummy execution -- a dummy or a bag of sand weighing 1.5 times the weight of the prisoner will be hanged and dropped between 1.830 and 2.440 metres to test the rope.

A guard of not less than 10 constables, warders and two head constables, head warders or an equal number from the prison armed guard, will also be present, it states.

The families of the prisoner will not be allowed to witness the executions.

All other prisoners will be kept locked till the exercise is over and the bodies removed from the prison.

The manual specifies that a medical officer prepares a report four days ahead of the date of execution, mentioning the length of the drop to be given to the prisoner who is to be executed.

Two spare ropes for each prisoner sentenced to death are kept in reserve. After testing, the rope and other equipment will be locked and sealed in a steel box and kept in charge of deputy superintendent, it states.

If the prisoner wants, a priest of his faith may be allowed.

Just before entering the gallows-enclosure, a cotton cap with flap will be put on the prisoner's face so he can't see the gallows, according to jail rules.

The wardens will hold the prisoners and withdraw following a signal from the superintendent. After that, the hangman draws the bolt, the manual states.

An ambulance shall be used for the transportation of the body to the cremation or burial ground.

Their executions were deferred thrice earlier.

The last hanging in Tihar was on February 9, 2013 when Afzal Guru, a resident of Sopore in north Kashmir, was executed at 8 am and buried on the prison premises for his role in the terror attack on Parliament. 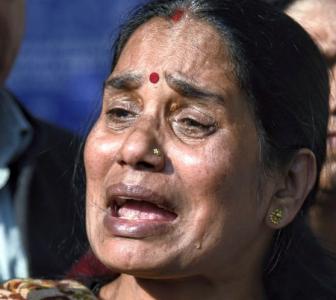 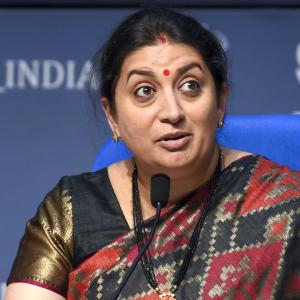