A marble replica of Mahatma Gandhi's "three wise monkeys" statue, a copy of his Talisman or a piece of wisdom as well as a special edition of his autobiography were among the items gifted to US President Donald Trump and his wife Melania during their visit to the Sabarmati Ashram on Monday. 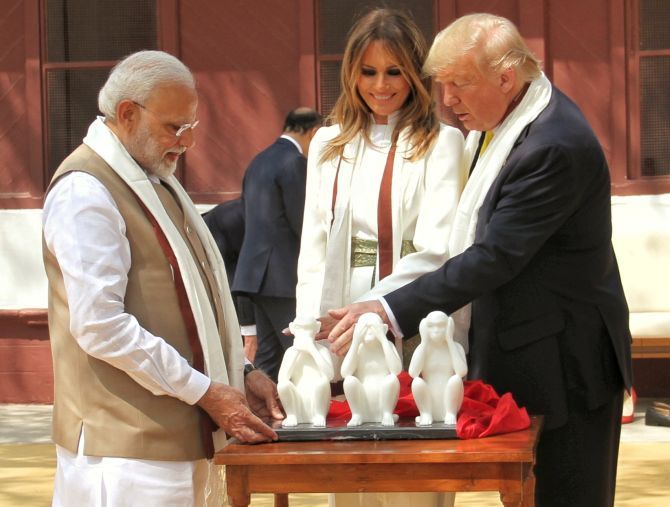 Prime Minister Narendra Modi gifted the iconic statue of "three wise monkeys", representing the message "see no evil, hear no evil and speak no evil," to Trump and his wife on behalf of the Indian government.

The sculpture was a replica of the statue that was gifted to Gandhi by a Japanese monk way back in 1933, a trustee of the Sabarmati Ashram said.

While presenting the statue, Modi explained the message behind the gesture of the three monkeys in detail, which Trump and the US First Lady listened in rapt attention.

A trustee of the Sabarmati Ashram, Kartikeya Sarabhai, said the ashram also gifted America's first couple Gandhi's engraved Talisman, which he wrote in August 1947, guiding people in public life to make a decision while recalling the face of the poorest of the poor.

The message of the Talisman is: "Whenever you are in doubt, or when the self becomes too much, recall the face of the poorest and the weakest man/woman whom you may have seen, and ask yourself, if the step you contemplate is going to be of any use to him/her. 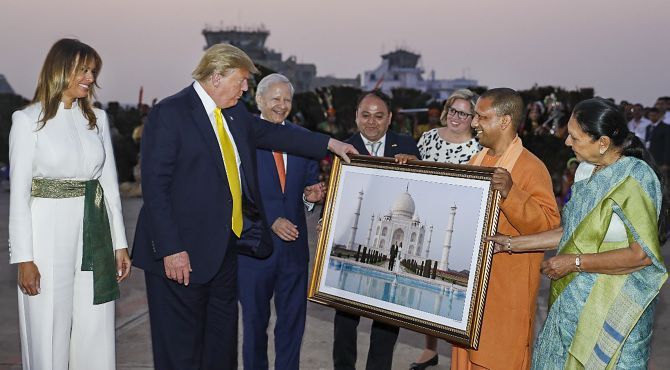 IMAGE: UP CM Yogi Adityanath presents a framed photograph to Trump as First Lady Melania Trump, UP Governor Anandiben Patel and US Ambassador Kenneth Juster look on, during their visit to the historic Taj Mahal in Agra, on Monday. Photograph: PTI Photo

"Will it lead to swaraj for the hungry and spiritually starving millions? Then your self will melt away."

"We also gifted them a special edition of Gandhi's autobiography, 'The Story of My Experiments with Truth', as well as a pencil drawing of a rare photograph of the Mahatma when he was coming out of 10, Downing Street (London)," Sarabhai said.

The ashram was home to Gandhi between 1917 and 1930 during India's freedom struggle. It was from here that he launched the Dandi yatra against the British rule.

During their visit, Trump and his wife also took interest in 'charkha' (spinning wheel), a replica of which was also gifted to them by the Ashram.

"They wanted to understand how the charkha works and even expressed surprise to see that the thread woven on it gets stronger with each spinning of charkha," the woman who guided them said.

The then duo tried their hands at the charkha.

Besides the talisman and Gandhi's autobiography, the Sabarmati Ashram Preservation and Memorial Trust gifted Trump and Melania three handspun khesh (a form of fabric) made up of khadi that is inspired by a sari of Gandhi's wife Kasturba Gandhi, a booklet containing 150 quotes of the Mahatma, printed on khadi paper, an official of the trust said.

The exclusive pencil sketch encased in a frame is recreated from a rare studio photograph of Gandhi that was taken in London at the request of Lord Irwin in 1931, the official said.

Also, the talisman gifted to the Trumps was printed on khadi (hand-woven cloth) and encased in a frame, while the wooden charkha was packed in a transparent box," he said. 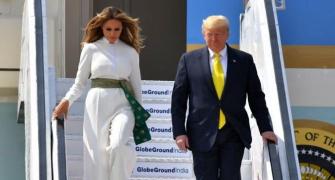 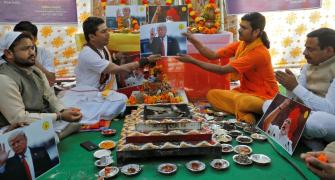 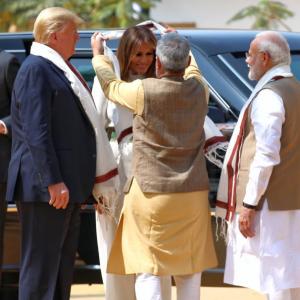 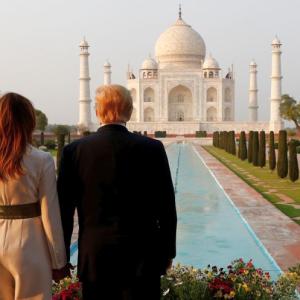