Three opposition PDP legislators were suspended from Tuesday's proceeding of Jammu and Kashmir legislative council after they broke into the house demanding a discussion on the alleged custodial death of a National Conference worker.

Deputy Chairman Arvinder Singh Mickey suspended the three People's Democratic Party members after they did not pay heed to repeated warnings to maintain the discipline of the house and kept on shouting slogans demanding "killers be presented".

The trio -- Murtaza Khan, Ashraf Ali and Nizam-ud-din Khatana -- earlier broke into the house after they were marshalled out following uproar over the adjournment motion brought by them.

The PDP legislators had demanded the house business be adjourned and discussion be held on the alleged custodial death of NC worker Syed Mohammad Yousuf.

Mickey accepted the motion but said it will have to be discussed when the time will be allotted. This led to interruption of the house proceeding by the angry PDP members who demanded the discussion be held without any delay and kept on shouting slogans against the ruling National Conference.

The trio was suspended by the deputy chairman after the leader of the house and state Sports Minister R S Chib requested Mickey to suspend them. The PDP legislators, while being taken away by marshals, kept on sloganeering against the ruling National Conference.

Later, the proceedings of the house went smoothly in the absence of PDP members. 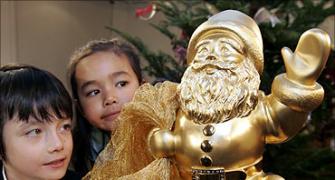 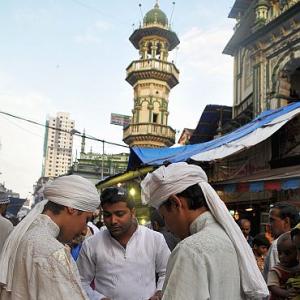