3 accused in UK court over stabbing of Lt Gen Brar

Three men accused of stabbing Lt Gen (retd) Kuldeep Singh Brar, who led the 'Operation Blue Star' in Golden Temple in Amritsar in 1984, have been ordered by a British court on Friday to remain in custody for further hearing on January 18.

They have been charged with wounding with intent to do grievous bodily harm while attacking the retired Indian army officer on September 30 in central London.

Sangha has also been charged with common assault of Meena, wife of Lt Gen Brar.

Brar, 78, who had led 'Operation Blue Star' in 1984 to flush out pro-Khalistan militants from the Golden Temple, was on a private visit in London when he was attacked by a gang of four people, suspected to be Khalistan sympathisers, while he was returning to his hotel with his wife.

Brar sustained a neck wound in the incident. He was treated in a London hospital and discharged the following day. 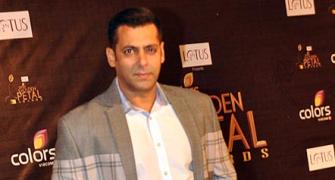