Forged documents in the name of a New Delhi gym trainer were used by an unknown man to procure a SIM card from which "malicious" and "threatening" messages were sent to Union Minister Shashi Tharoor and others.

After tracing the number to west Delhi's Hari Nagar, the police detained the gym trainer but investigators found him an "innocent victim as of now" and released him after lengthy interrogation.

According to sources, the same number was also used to send a "filthy" SMS to senior CPI(M) politburo member Brinda Karat and Manic Verma, the gym trainer at the elite Constitution Club, was detained.

However, sources said, it came to light during investigations that the mobile number was procured using forged documents in the name of Verma, residing in Hari Nagar.

The detention came following investigations after Tharoor's Officer on Special Duty Jacob Joseph received an SMS last morning from the 'henchmen' of Karachi-based underworld don Dawood Ibrahim threatening the Minister to stay out of IPL Kochi team or face death.

Police had earlier received a complaint from Karat about a "filthy" SMS to the Rajya Sabha MP and CPI(M) politburo member, saying "you (Karat) are harming the country by your politics."

Police spokesperson Rajan Bhagat said they registered separate cases in connection with Tharoor and Karat following the receipt of complaints.

During interrogation, sources said, Verma told investigators that a police team from Sonepat had come to his west Delhi residence recently in connection with a probe into a "filthy" SMS sent from the same number.

Sources said Verma was told by the team that a "filthy" SMS was sent to someone in Sonepat from "his mobile number". However, they said, the investigations later cleared him.

Verma also told police he had lost his driving licence about seven years ago and had filed a complaint in this regard with Delhi Police. Sources said Verma suspect that this licence is being misused by someone to procure the SIM card.

"As of now, it looks like Verma is innocent. He is also a victim. It appears that he has nothing to do with these text messages. Further investigations are on," a senior police official said.

Soon after the news of Tharoor getting threat SMS became public, police sent a four-member team from Tuglaq Raod police station to the minister's 97-Lodhi Road residence and took details from his office.

Later, an Inspector and Sub Inspector of elite Special Cell also visited the minister's residence in the evening and spoke to the officials there. 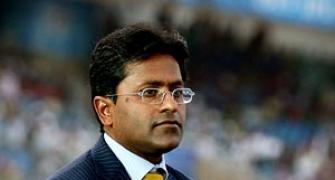 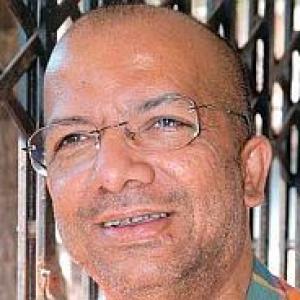