Just 3.49 per cent of the electorate voted in the third-phase of the urban local body polls in militancy-hit Kashmir Valley, while a high turnout of 80 per cent was recorded in Jammu’s Samba district, officials said Saturday. 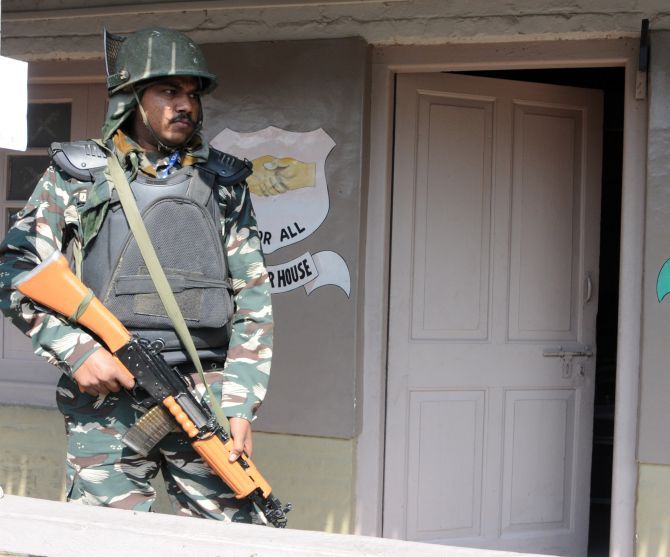 IMAGE: A security guard stands outside an empty polling booth in the Valley. Photograph: Umar Ganie/Rediff.com

The frontier town of Uri in Baramulla district, however, bucked the trend by recording a 75.34 per cent turnout in the Valley, which has witnessed low polling in the first two of the four-phase elections after boycott calls from parties like the National Conference, the Peoples Democratic Party and the Communist Party of India -Marxist.

In the 20 wards of the Srinagar Municipal Corporation that went to polls in the third phase, only 1.84 per cent of the 1.53 lakh eligible voters exercised their franchise, the election officials said.

Safakadal, a ward in the city’s old town, and Chanapora, in the Civil Lines, polled less than 10 votes each. The polling, which began at 6 am and ended at 4 pm, saw 11 SMC wards recording less than 100 votes.

They said in Uri, 75.34 per cent of the 3,552 voters cast their votes, while in the Mattan Municipal Committee of Anantnag district, the only town in India other than Konark to have a Sun Temple, witnessed a turnout of 2.81 per cent.

The officials said in Sheerpora ward of the Anantnag Municipal Council, where election authorities had ordered a repoll, only 1.39 per cent of the 2,643 exercised their franchise.

Though 151 wards were to go to polls in the third phase in the Valley, voting was held only in 40 wards. Forty-nine wards were won uncontested and no nominations filed for 62 wards.

The first phase of the polls in the Kashmir Valley saw 8.3 per cent turnout on October 8 while only 3.4 per cent of the electorate exercised their franchise in the second phase held two days later.

There are 365 candidates in the fray for 96 wards of eight urban local bodies for the third phase comprising a total electorate of 1,93,990 electors. 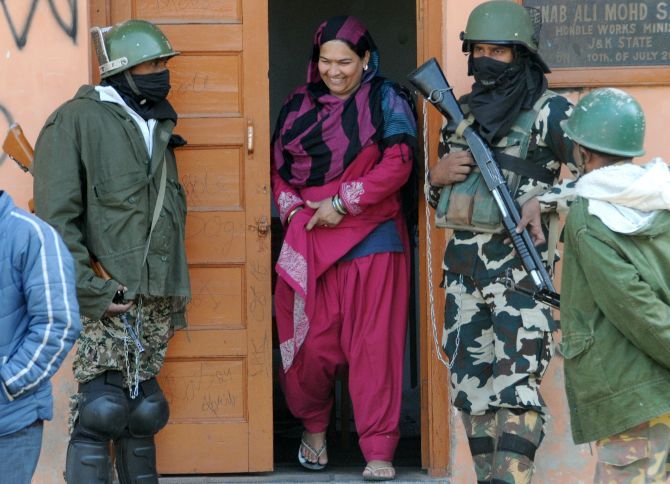 IMAGE: A woman steps out of a polling booth after casting her vote. Photograph: Umar Ganie/Rediff.com

In Jammu’s Samba district, of the 31,878 voters, 82 per cent exercised their franchise in the third phase, a repeat of the high voter turnout recorded in the first two phases in the region.

“The voting concluded in a peaceful manner with about 82 per cent voters registering their choice at 57 polling stations set up across the district,” said District Election Officer, Samba, Sushma Chauhan.

Voters thronged polling stations across the district to choose their representatives for four municipal committees -- Samba, Ramgarh, Vijaypur and Bari-Brahmana.

Saturday’s polling in Samba completed the elections in all the 10 districts of the Jammu region. The first phase saw a 65 per cent turnout and second 78.6 per cent.

The fourth phase on October 16 will be held in six districts of the Kashmir valley.

Municipal elections are being held, amid tight security, after a gap of 13 years in four phases, covering 79 municipal bodies with an electorate of about 17 lakh electors across the state.

The officials said 3,372 nominations have been filed for 1145 wards. The counting of votes will be held on October 20.

The government has declared holiday on the day of poll in the municipal areas going to polls so as to enable the voters to cast their vote. 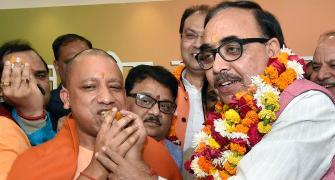 The truth behind BJP's 'clean sweep' in UP civic polls 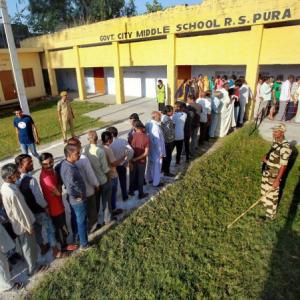 Threats keep people away from polls in Kashmir, heavy turnout in Jammu, Ladakh 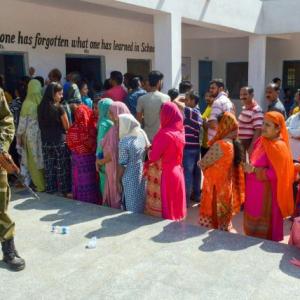