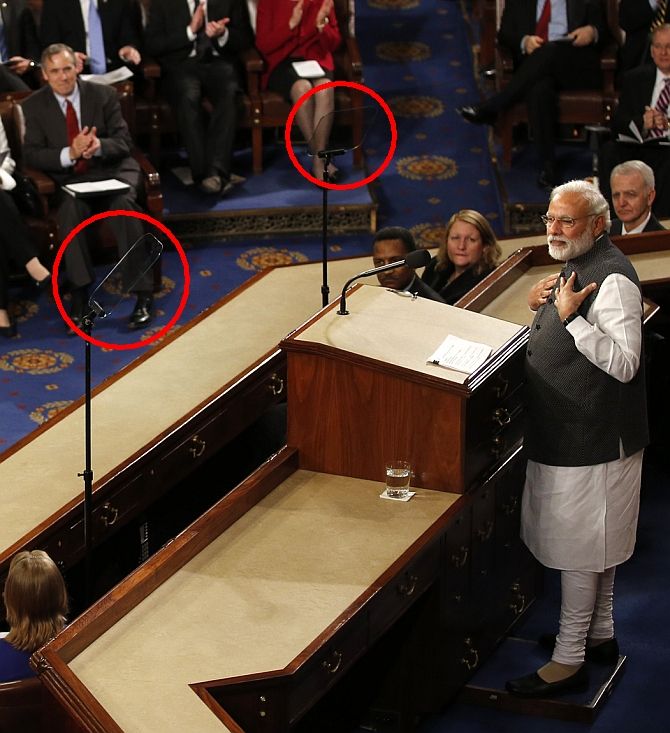 As American Congressman rose to congratulate Prime Minister Narendra Modi on an incredible speech on Capitol Hill on Wednesday, an intense discussion erupted on social media about whether or not the Indian premier had chosen to go US President Barack Obama way and use a teleprompter to address the joint session.

While some were convinced the prime minister had delivered an extempore speech, like he usually does when he addresses public rallies back home, others were convinced that the trusted teleprompter was at hand to help Modi with his impressive speech in English. Soon, Twitter was flooded with photographs of Modi at the US Congress with two teleprompters on either side.

Over the next couple of hours, media reports confirmed the teleprompter theory.

Incidentally, according to reports, Modi first spoke using a teleprompter in July 2014 during the PSLV launch in July at the Indian Space Research Organisation. He continued to use the device intermittently on his subsequent foreign trips, especially when he had to deliver his speeches in English. Used as we are to clunky monitors that scroll down text as it is read out, the latest versions are hard to spot. Which explains why many were convinced the PM did not use one on Capitol Hill.

How does the teleprompter work?

For Prime Minister Modi’s speech, a StagePro Presidential Teleprompter Series was likely to have been used, a popular device on the lecture circuit as well and which displays smooth scrolling text on glass reflection monitors. While the text is clearly seen from behind the lectern, it is completely invisible to the audience in front since the screen is transparent from the other side. Behind the scenes is a teleprompter operator, controlling the speed of the scrolling text, carefully following the pace of the speaker.

During the speech, the speaker simply looks from one teleprompter to the other. This gives an impression that he is looking at the audience while giving his speech.

A teleprompter operator feathers the speed of the script to match the pace of the speaker. If the speaker slows down or stops, like during a standing ovation of which Modi received quite a few, then the operator will follow suit. Some modern, lower grade systems can operate without an operator by using a preset speed on loop, but it can be unnerving to the speaker to follow a machine.

The prompter operator also interacts with the camera crew and sets up the teleprompter equipment so everything is connected to the tripod and balanced correctly. Plus, an operator edits the script and often wordsmiths the lines. Phrases that look good on paper don’t always sound great when spoken aloud.

Some critics say politicians who rely on teleprompters are more performers than leaders. But that really depends on what the politician says and how he says it. The teleprompter is merely a performance device. It doesn't write the speech or control what is being said, or how.

The danger with teleprompter use is that the speaker will be more focused on reading the words than in conveying a sense of understanding about what he's saying. The prime minister, an inveterate speaker, has clearly mastered the art of using the device.

But he too had to undergo a learning curve. For instance, in February 2015, Modi became the butt of jokes on the social media when he took his teleprompter a little too literally.

The gaffe that was reminiscent of a Doordarshan anchor who lost her job for a similar misreading, as she had referred to Chinese President Xi Jinping as 'Eleven' Jinping during his visit to India.

Clearly, Prime Minister Modi seems to have mastered the skill over time. 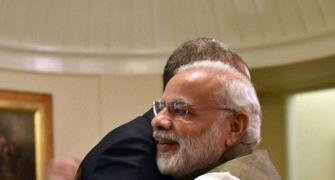 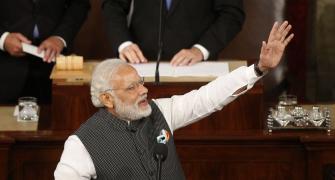