News
Business
Movies
Sports
Cricket
Get Ahead
Money Tips
Shopping
Sign in  |  Create a Rediffmail account
Rediff.com  » News » The soldier who returned from the 'dead' after 7 years

The soldier who returned from the 'dead' after 7 years 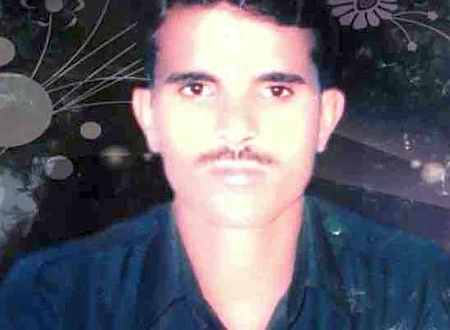 IMAGE: A road accident separated Dharmveer Yadav from his family and it was a similar mishap which brought them together. Photograph: Kind courtesy: ABP Live

'It's a miracle, simply unbelievable.'
Dharamveer Yadav was declared dead by the armed forces in 2012.
He returned home this June much to the shock of his family.
Shakya Mitra reports.

On the night of June 11, Dharamveer Yadav, 39, who had 'disappeared' in November 2009 and was declared dead three years later by the armed forces, knocked at the door of his house.

"What do I say, it's a miracle, simply unbelievable," his elder daughter Sangeeta, around 17, replies with a straight face.

Bhiteda is a village in the Alwar district of Rajasthan. Finding Yadav's house isn't difficult: most villagers in and around Bhiteda are aware of his remarkable story, and readily direct me to his home. It is not often that people given up for dead turn up for breakfast one morning.

The house, in an isolated corner of the village, is well-constructed, painted in white and has two floors. It seems better off than most other houses nearby. Barring a few places where red bricks are visible, the house looks reasonably well-maintained.

Yadav is not at home: He has gone out for a medical check-up.

The walk from the gate to their house isn't short; there is a courtyard where the meeting takes place. Inside I am guided to the room where Yadav stays. It is a large room where there are two single beds, a cushioned three-seater sofa and two upholstered chairs. At the back of the room, there are two cupboards, on top of one of the cupboards are a few religious idols.

'Since regaining his memory and coming back, he wants to rejoin; service to the nation has always come first for him.'

It’s been almost 10 days since Yadav returned. His mother Santra Devi speaks softly and at times looks lost for words. It is evident that she is still trying to come to terms with the miraculous return of her son.

So what happened to Yadav? It was probably a road accident on November 27, 2009, in Dehradun. "He was on duty when this accident took place, he had come home to spend his leave with us a few days prior to that," says Ashok Kumar, his brother. "There were two or three colleagues with him at the time, but they dumped him at the accident site."

Nearly seven years later, once again in Dehradun, Yadav was involved in another road accident when he was hit by a motorcyclist. "Within minutes of this collision with the motorcyclist, he started recollecting who he was and where he lived," says Ashok. "He borrowed Rs 500 from the motorcyclist and took a bus to Delhi from where he set off for Bhiteda."

Yadav was a non-commissioned officer with the 66 Armoured Corps in Dehradun. There were reports that in the time between these two accidents, Yadav had resorted to begging on the streets of Dehradun. This is neither confirmed nor denied by the family. "He remembers nothing about the past seven years. He doesn't even know which regiment he belonged to," says Ashok.

Yadav's wife Manoj Devi is visibly moved by his return. She says that the family kept a fast every Friday from the day he disappeared. There will be functions to thank the gods once his health is fully restored. Devi says: "While we are undoubtedly happy, the pain of the last seven years will remain forever."

According to Devi, her husband has put on weight and his liver has swollen.

Yadav was taken to the Sawai Man Singh Hospital in Jaipur after his return.

"Right from childhood, the army was his ambition. There were other interests, he was a national-level basketball player, but the army was always top priority. Since regaining his memory and coming back, he wants to rejoin; service to the nation has always come first for him," says Ashok.

Will his unit take him back? The armed forces will investigate the circumstances under which Yadav went missing and his medical condition. After that, all his retirement benefits will be settled. 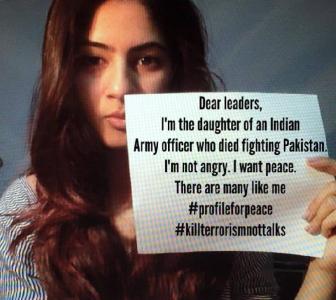 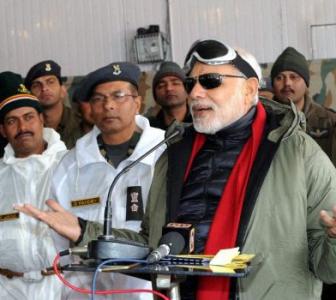 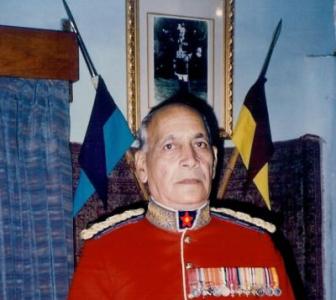 Why we should be concerned about the Indian Army's future