Temple in Ayodhya to come up within 4 months: Shah 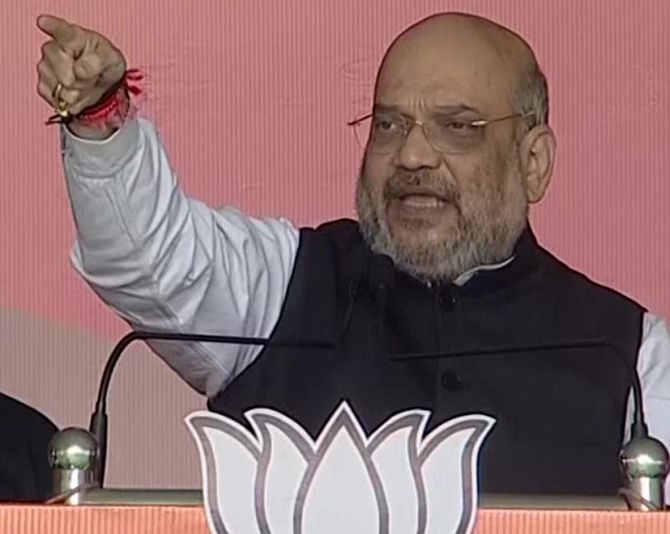 Bharatiya Janata Party president Amit Shah on Monday said a grand Ram temple would come up in Ayodhya within four months as per the wishes of Indians all over the world.

Shah asked Congress leader Kapil Sibal why he sought to drag the Ram Janmabhoomi case in the Supreme Court.

The BJP president was addressing an election rally in Jharkhand's Pakur in favour of the party candidate.