Speeding up its probe in a controversial defence deal that had surfaced last year, the Enforcement Directorate has recently sent judicial requests to the UK and Hong Kong in connection with its money laundering probe in the Tatra truck deal.

The agency has dispatched the requests, called Letters Rogatory in judicial terminology, after a special court in New Delhi recently allowed its request in this regard.

The ED has registered a case under the Prevention of Money Laundering Act in April last year against Vectra Chairman Ravi Rishi and few other firms after former Army chief Gen V K Singh had alleged that he was offered a Rs 14 crore bribe in September, 2010 to clear the purchase of a tranche of 1,676 Tatra trucks for the army.

The LRs, according to sources, have been sent to the UK as Tatra Sipox is based there and Rishi is a director of the firm, while the one to Hong Kong has been sent to authorities as a firm -- Venus Projects -- held substantial shares (50 per cent till 2009) in the same firm (Tatra Sipox).

The ED wants to know the company structure, its business dealings in India and across the globe and the share holding patterns of these firms through the LRs which will be executed by local enforcement authorities of these two countries, they said.

In a nearly year-long probe, the ED has gathered vital information about business operations of Tatra Sipox in India and the dealing of its executives with officials of the defence ministry and the army.

The LRs to the two countries have also requested for banking transactions and other regular business filings of the firms with the respective regulatory bodies there, they said.

The Central Bureau of Investigation has alleged that Tatra Sipox UK signed the truck supply deal with defence PSU Bharat Earth Movers Ltd which was in alleged violation of defence procurement rules. The rules state that procurement should be done directly from original equipment manufacturer only.

On its part, the ED is looking into transactions carried out by Tatra Sipox UK in countries like Slovakia, CzechRepublic and Lichtenstein. 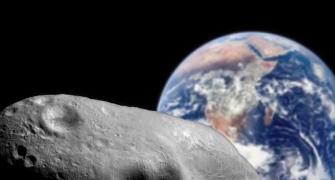 Earth's near encounter with asteroid on Friday
Pallikal in second round of Hong Kong Open
Chopper deal: India may seek more info during UK PM visit 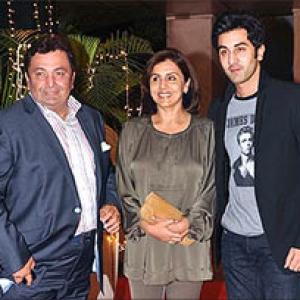 Rishi, Neetu and Ranbir play cops and robbers in Besharam