By A Ganesh Nadar
February 24, 2011 14:39 IST
Despite the Coast Guard's best efforts to discourage Indian fishermen from crossing into Sri Lankan waters, they continue to do so in search of a better catch, discovers A Ganesh Nadar.

Indian fishermen do cross over into Sri Lankan waters, says Commandant D S Saini, who is posted at the Coast Guard station in Mandapam in Ramanathapuram district, Tamil Nadu.

He was speaking on the ground realities in the coastal regions of the state, in the wake of two Indian fishermen being killed, allegedly by the Sri Lankan navy for crossing the international maritime border.

Saini says though the authorities can carry out search and rescue operations for Indian trawlers worldwide, the Coast Guard could safeguard fishermen only while they were still in Indian waters.

While the ethnic conflict was raging in Lanka, there was a latent sympathy for Tamil fishermen, says Commandant Saini. For over 20 years, Indian fishermen have been fishing in Lankan waters, he said, adding that the sympathy from the other side dried up after the Lankan government won the civil war. But Indian fishermen were not ready to accept the new reality, he said. 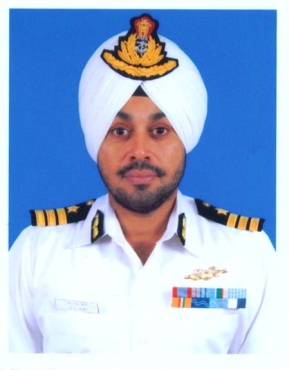 Saini, left, pointed out that Indian fishermen conducted bottom trawling, which led to a rapid depletion of fish in Indian waters. That, coupled with the relatively shallow water on the Indian side, left little choice for Tamil Nadu's fishermen.

Local fishermen admitted that fishing for ten hours in Indian waters is equivalent to fishing for three hours on the Lankan side, he said.

The Coast Guard had conducted many community sessions for the local fishermen, during which they were advised not to cross the international border.

In 1984, the Coast Guard detained a Sri Lankan naval ship for entering Indian waters; it was released after four days.

About reports that the Lankan navy had fired at Indian fishermen who crossed the maritime boundary, Saini said, "We have told them (Sri Lankan navy) to arrest our fishermen if they come there, but not harm them."

Local fishermen want the island of Katchatheivu which India had handed over to Sri Lanka returned, but only the two governments can take a final decision on that, he said.

The Indian Coast Guard can operate only up to the International Maritime Boundary Line; they cannot go beyond that.

On the nights Indian fishermen go looking for a catch -- on Monday, Wednesday and Saturday -- the Coast Guard has a tough time.

Saini says, "We cannot sleep. We get calls and faxes from the Lankan navy. They say Indian boats are fishing in our waters."

The faxes are sent by the Lankan navy to the Indian high commission in Colombo. The high commission then sends them to the defence ministry, which forwards the lot to the Coast Guard.

The Coast Guard sends these faxes to the Tamil Nadu government and to the directorate of fisheries. "In a month, we get at least 25 faxes," adds Saini.

In the day time, Coast Guard personnel man the waters till the IMBL and stop Indian boats from crossing over. To evade detection, local fishermen choose the cover of the dark to sail to Lankan waters.

The Coast Guard ship stationed on the IMBL 24/7 moves towards the north in the night, and local fishermen take this opportunity to cross over to the south.

Air surveillance of coastal waters was earlier undertaken on alternate days from Chennai, but the authorities will now start these exercises daily from Tuticorin in southern Tamil Nadu.