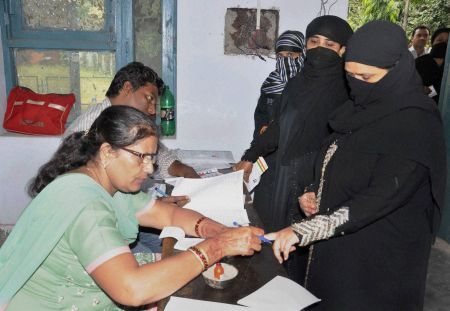 AIADMK is in an alliance with the Republican Party of India and Anaithindia Dravidar Samudaya Munnetra Kazhagam.

Rediff Labs analysed the past performance of the parties to develop this Sentiment Meter for the 2016 Tamil Nadu election. A mathematical model is used to calculate how seats distribution is altered as sentiment/percentage of votes towards the contesting political parties changes.

Based on the change, each constituency is marked with the winning party. Where, swing represents the victory margin is close to the runner up party.

Move the pointer on the Sentiment Meter (depending on who you think will get more votes) towards the political parties to see how the outcome is likely to change depending on public sentiment. 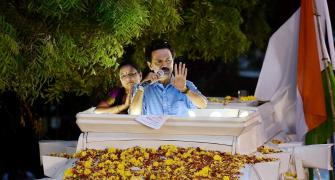 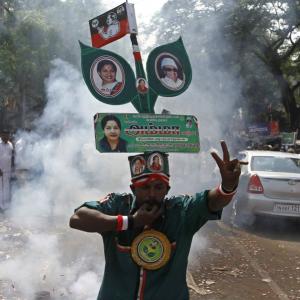 Jaya, Karunanidhi, Chandy, Sreesanth... Who's the biggest newsmaker of them all? 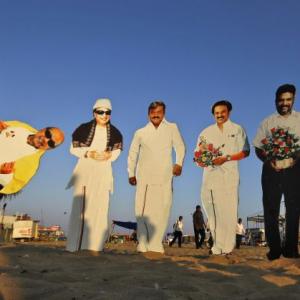