News
Business
Movies
Sports
Cricket
Get Ahead
Money Tips
Shopping
Sign in  |  Create a Rediffmail account
Rediff.com  » News » Foreign fighters in Syria have moved to other places: India at UNSC

Foreign fighters in Syria have moved to other places: India at UNSC

India has expressed concern that foreign fighters involved in the conflict in Syria have moved to other places as mercenaries, as New Delhi underlined that it is ready to play a constructive role in the Security Council to help realise the objective of the West Asian country reclaiming its place in the comity of nations. India's Permanent Representative to the United Nations Ambassador T S Tirumurti, speaking at the Security Council briefing on Syria on Wednesday, reminded the Council that the first Presidential Statement on the Syrian conflict was adopted under India's Presidency of the 15-nation UNSC in August 2011.

He lamented that though by December 2012, three resolutions have been adopted on Syria, there has hardly been any progress in terms of their implementation and terrorist groups took advantage of the situation and entrenched themselves.

"As we begin our new Council term eight years later, it is indeed disheartening to note that the ongoing crisis in Syria still has no end in sight and the political process is yet to take off.

"The conflict has become even more complex with the involvement of regional players," Tirumurti told the Council, which also heard from UN Syrian envoy Geir Pedersen via video link.

Tirumurti voiced concern that terrorism emanating from Syria has spread far, even reaching parts of Africa.

"Foreign fighters involved in the Syrian conflict have also moved to other places as mercenaries.

"The humanitarian situation has worsened, further exacerbated by the COVID-19 pandemic."

The long-drawn and intractable Syrian conflict underlines the inevitability of a Syrian-led and Syrian-owned political process, preserving the unity, sovereignty and territorial integrity of Syria, in line with UNSC resolution and culminating in constitutional reform and free and fair elections, he said.

"We hope that the conflict in Syria will end completely, sooner than later, and the reconstruction of Syria will begin, so that Syria reclaims its place in the comity of nations as well as its historic role in the Arab world.

"Towards this objective, India is ready to play a constructive and meaningful role in the Council," Tirumurti said.

Pedersen painted a grim picture of what lies ahead for Syria in 2021.

He cited the UN humanitarian office, OCHA, in saying that more than eight in 10 people are living in poverty, and the World Food Programme (WFP) has assessed that 9.3 million are food insecure.

As the 5th meeting of the drafting body of the Constitutional Committee is scheduled to take place in Geneva on January 25, Tirumurti expressed hope that all parties will show the commitment, flexibility and compromise to move forward on the political track.

India termed as a 'positive development' the calm situation in northwest Syria since signing of the cease-fire agreement in March last year but said it is a matter of concern that hostilities in other parts of the country have continued unabated.

"The presence of foreign terrorist fighters, along with continued terror activities, has worsened the situation on the ground. It is imperative that all parties must adhere to their international obligations to fight terrorism and terrorist organisations in Syria, as designated by the Security Council," the Indian envoy said.

"As a result of decreased purchasing power, over 80 per cent of households report relying on negative coping mechanisms to afford food," he said adding that also of grave concern is the continuing economic crisis that has created fuel shortages and power cuts during winter, and a rising dependency on child labour.

India called on the international community to provide assistance to Syria in rebuilding its infrastructure, safeguarding people's livelihoods and fighting COVID-19.

"In this situation, compounded by both economic and humanitarian crises, we should be sensitive to the debilitating impact that sanctions continue to have on the lives of the common people of Syria," Tirumurti said.

Tirumurti said India supports the UN continuing its humanitarian relief operations through all possible channels, with the cooperation of the Syrian Government.

Since the Syrian conflict broke out in 2011, India has provided 12 million dollars in humanitarian assistance to the Syrian Government through bilateral and multilateral channels.

India has also set up a bio-tech park and an IT Centre and extended 265 million dollars in lines of credit for projects in the steel and power sectors.

In July 2020, in order to help Syria fight the COVID-19 pandemic, India sent a gift of 10 metric tonnes of medicines to Damascus.

"As Syria's reliable and long lasting friend, India stands ready to continue to render all possible help and support to the Syrian people," Tirumurti said.

Pedersen noted that the last 10 months have been the calmest in the history of the Syrian but said 'this is a fragile calm', which could break down at any moment.

He added that the economic collapse compounded by the impact of the COVID-19 pandemic, corruption and mismanagement are producing a 'slow tsunami that is crashing across Syria'. 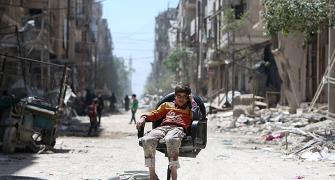 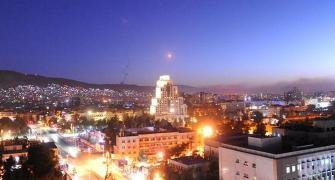 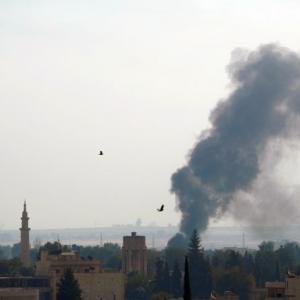 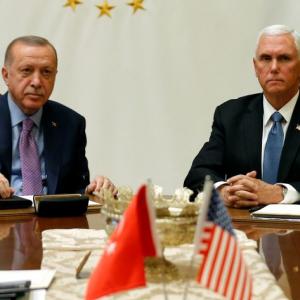 US announces ceasefire deal with Turkey in Syria