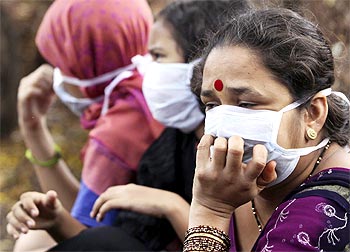 Two more people tested positive of swine flu on Thursday, taking the figure up to 88 in both Andhra Pradesh and Telangana in 2014.

A 25-year-old female from Hyderabad and 45-year-old male from Kadapa tested positive and are being treated in private hospitals in the city.

Talking about the rise in cases, Dr K Subhakar said, “The number has shot up in December due to the falling temperatures. People must take precautions as those who are suffering from cold and fever must opt for isolation.”

However, Director health, Telangana said, “Swine flu is not life-threatening and the deaths are due to multi-organ failure and the complications arising from that.”