Source: PTI
May 29, 2012 19:30 IST
In her first visit abroad in 24 years, most of which were spent under house arrest, Myanmar's democracy icon Aung San Suu Kyi left for Thailand on Tuesday to attend a World Economic Forum meet ahead of her European tour, ending a long spell of isolation and announcing her arrival on the global stage.

Sixty-six-year-old Suu Kyi, a former political prisoner who made her Parliamentary debut on May 2 after winning historic April by-polls, is expected to meet Thai Premier Yingluck Shinawatra She is also likely to meet Myanmar communities during her stay in the eastern neighbour, apart from attending the World

Economic Forum on East Asia in Bangkok. Her overseas travel for the first time since 1988 comes as dramatic political reforms sweep Myanmar after decades of outright military rule ended in 2011.

Suu Kyi had refused to go abroad fearing that she would never be allowed to return by the then military junta which denied her dying husband a visa to visit her from Britain. She is also expected to travel to the north of the country to meet some of the roughly 100,000 refugees displaced by conflict in Myanmar's eastern border areas.

The Nobel laureate is scheduled to speak in an open discussion with World Economic Forum founder Klaus Schwab and appear at a session on the role of Asian women on Friday.

Suu Kyi's European travel plans include an address to an International Labour Organisation conference in Geneva on June 14. This will be followed by her speech in Oslo on June 16 to finally accept the Nobel Peace Prize for which she was chosen in 1991 for her peaceful struggle for democracy.

She also intends to travel to Britain, where she lived for years with her family, and will address Parliament in London on June 21. 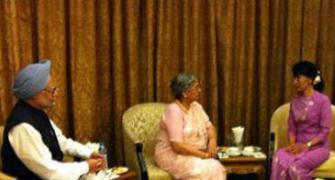 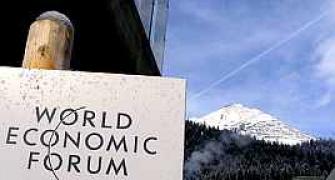 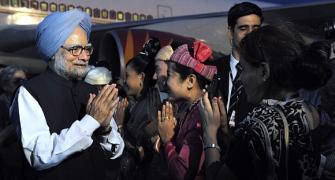 Briton dies of rabies after dog-bite in India