Swaraj takes over as Lok Sabha's Leader of Opposition 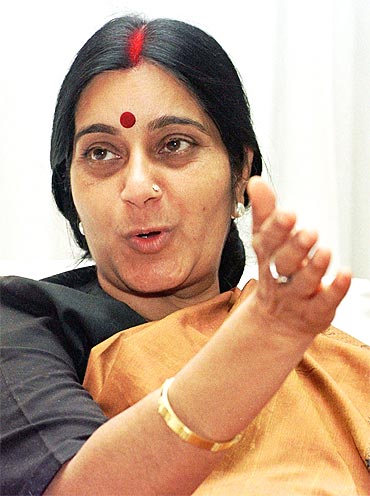 Sushma Swaraj on Tuesday formally took over as the Leader of the Opposition in the Lok Sabha, occupying the seat hitherto held by senior BJP leader L K Advani.

Speaker Meira Kumar introduced Swaraj to the House as new Leader of the Opposition.

Kumar thanked Advani, who was not present in the House, for his cooperation in the conduct of the proceedings "in a healthy and fruitful manner".

Swaraj succeeds Adavni who has been appointed working chairman of NDA and BJP parliamentary party chairman.

Advani on why BJP lost the Lok Sabha polls 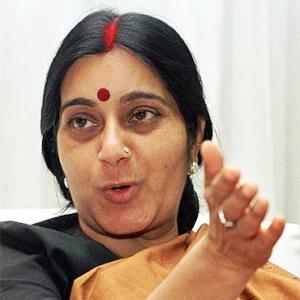