Bihar Deputy Chief Minister Sushil Kumar Modi on Monday drew flak from the Opposition for charging the Rashtriya Janata Dal-Congress combine with failure to contribute 'a single paisa' into the Chief Minister's Relief Fund from which money is drawn to provide assistance to those badly affected by the lockdown. 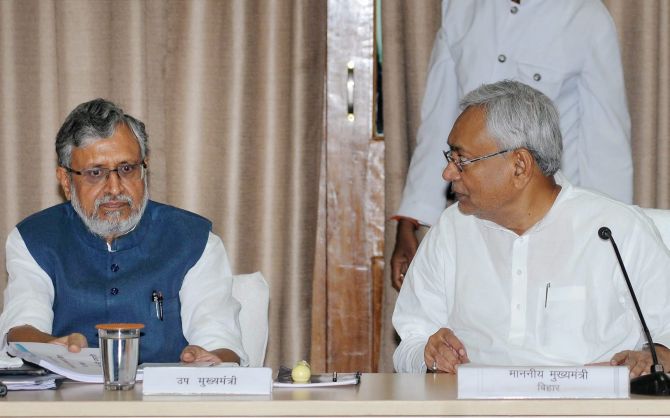 The senior Bharatiya Janata Party leader had made the allegation in a tweet on Sunday wherein he had also launched a veiled attack
on a sitting Congress MLA, who had shot off a letter to Chief Minister Nitish Kumar, seeking return of Rs 50 lakh released from his local area development fund.

'During the crisis that has arisen out of corona outbreak and lockdown, legislators of Janata Dal-United and BJP contributed their one-month salary. Those in the RJD-Congress, failed to contribute a single paisa and displayed their insensitivity by demanding return of Rs 50 lakh,' Sushil Modi, known for routinely taking potshots at political adversaries via the micro-blogging site, had remarked.

His allusion was to Md Tauseef Alam, the multiple-term MLA from Bahadurganj in Kishanganj district, who had written the angry letter last week and displayed its copies to the media alleging that his constituency had been in a state of 'total neglect' by the health machinery, with even bare essentials like hand sanitisers in short supply.

Modi's tweet drew an indignant response from Congress MLC and All India Congress Committee panellist Prem Chandra Mishra, who warned the deputy CM that he take back his words, failing which he will be slapped with a legal notice.

'I had myself donated my salary in March. So have many of my party colleagues. The Deputy CM has made remark that is false and seeks to demean us in the eyes of the public. He should withdraw his remarks else we will send him a legal notice,' Mishra told reporters.

Danish Rizwan, spokesman of the Hindustani Awam Morcha founded and headed by former chief minister Jitan Ram Manjhi, said in a statement that his party boss who is a sitting MLA had donated his one-month salary and posted on social media a screenshot of the transaction receipt.

"Deputy CM Sushil Kumar Modi must apologise for coming out with a false remark that seeks to defame opposition leaders," Rizwan said.

RJD MLA and spokesman Bhai Virendra pointed out that the party's de facto leader Tejashwi Yadav had announced that 50 per cent of his salary for his remaining term, which comes to an end with the expiry of the assembly later this year, shall go to the 'corona eradication fund' set up by the health department.

"Moreover, 15 per cent pay cut has been announced by the government for all members of the legislature, which has only been welcomed by the opposition and ought to be seen as a contribution. It does not behoove a person holding a high office to make petty comments," he added.

Notably, contributions were made to the 'corona eradication fund' from the Mukhyamantri Kshetra Vikas Yojana, Bihar's revamped version of the local area development fund for members of the bicameral legislature, following a cabinet nod for release of Rs 50 lakh from the quota of each legislator.

Chief Minister Nitish Kumar had said that legislators were 'free to contribute more' out of the fund, which empowers every member of either house to recommend works worth Rs 3 crore every year.

While the corona eradication fund is meant for fighting the pandemic and preventing its spread, allocations from the Chief Minister's Relief Fund go towards schemes like monetary assistance to stranded migrant laborers, running of relief centres where they are provided with food, shelter and medical aid.

Meanwhile, the BJP sought to back the deputy CM to the hilt.

The party's state unit spokesman Nikhil Anand came out with a strongly-worded statement claiming that 'Congress-RJD leaders consider the public money at their disposal, raised through the efforts of the common people, as their private property. They should be ashamed of what Tausif has done'. 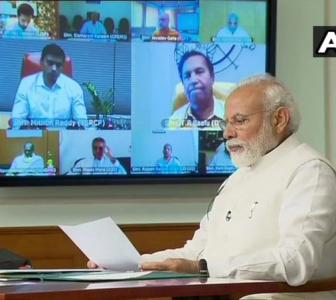 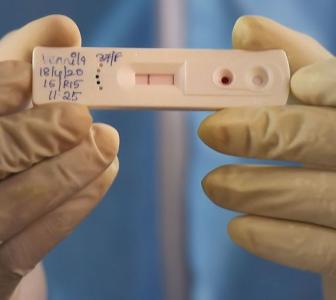 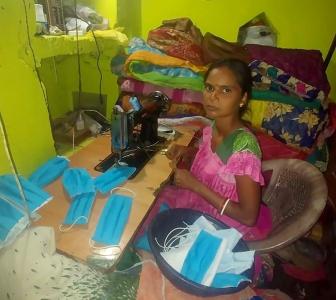