In a new twist to Suriyanelli gang rape case, the victim today lodged a police complaint insisting that Rajya Sabha Deputy Chairman P J Kurien be made an accused.

The complaint lodged at Chingavanam police station also sought that Dharmarajan, an absconding convict who had jumped bail in the case and was arrested recently from Karnataka, and two other persons -- Unnikrishnan and Jamal, be also arraigned as accused.

According to the complainant, Dharmarajan had told a television channel that he had accompanied Kurien to Kumily rest house in his car on February 19, 1996 where the victim had been sexually exploited.

The victim and her parents had come to the police station to file the complaint.

The assistant sub-inspector accepted the complaint but refused to register the case saying the Sub-Inspector was not present, the victim's counsel Anila George said. She said the victim's plea was to make Kurien an accused. So far, there is no police case or FIR against Kurien.

"When his name came up, police went after alibis and they have come to the conclusion that it was not possible for Kurien to be at the Kumily rest house because of the alibis. So he was never made an accused," George claimed.

The counsel said in the light of new amendment to CrPC 166A, when a girl makes a complaint police authorities are bound to register a crime, failing which they are liable to be prosecuted.

Kurien's name figured again in connection with the case recently after the victim wrote to her advocate to explore the possibility of filing a review plea in the Supreme Court, seeking a fresh probe against him. Kurien has maintained he has been cleared of the charges by the apex court.

The case relates to the victim hailing from Suryanelli in Idukki district of Kerala being abducted in January 1996 and transported to various places and sexually exploited by different persons. 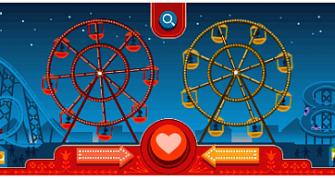