For the first time, Delhi government on Friday admitted to the presence of deadly superbug NDM1 (New Delhi Metallo-beta-lactama) in several leading city hospitals but downplayed the concerns over the infection, saying the situation was "not alarming".

Amid rising concerns over prevalence of the virus, a high-level meeting was called by Delhi Health Minister A K Walia who directed all government-run hospitals to take effective measures to contain the spread of the virus and rationalise usage of anti-biotics.

NDMI virus develops immunity in a patient to the use of antibiotics.

A senior Health Department official said "a very low" prevalence of NDM1 infection has been found in tests conducted in ICUs of a number of hospitals like RML Hospital, Lady Harding Hospital, CNBC and Sir Ganga Ram Hospital.

However, Walia downplayed the threat of infection, saying "it was found in the range of 0.04 per cent to 0.08 per cent, which cannot be stated as alarming."

Walia also directed all Delhi government-run hospitals to ensure rational use of anti-biotics and take "effective measures" to contain the virus. The Health Minister noted that NDM1 virus has been found in countries across the world including countries of South East Asia and Eastern Europe.

"We need to ensure rational use of antibiotics and restrict the use of the third and fourth generation antibiotics," Walia said adding the superbug has not been found in water and sewerage flow in Delhi.

Walia said directions have been issued to revive infection control committees in all hospitals while a separate supervisory committee is being set up to suggest measures to deal with the situation.

The meeting was attended by experts from National Institute of Communicable Diseases, Indian Council of Medical Research, besides medical superintendents of several government-run hospitals.

An NDM-1 study published in Lancet had triggered controversy last year as it claimed that drug-resistant gene had originated in India and was resistant to different classes of antibiotics.

The government had protested naming the virus after New Delhi. The Union Health Ministry had severely contested the findings of the Lancet study.

In April this year, Lancet had reported that the superbug was found in about a quarter of water samples taken from drinking supplies and puddles on the streets of New Delhi.

However, the Delhi Jal Board had dispelled the concerns and said the water being supplied by the agency was "safe" for drinking.

Officials said ICMR will carry out further studies to check prevalence of the virus in the city. Former ICMR Director General Dr N K Ganguly said the infection could be controlled by restricting usage of antibiotic and by putting into place a mechanism to control spread of infection.

He said the projection of the situation as alarming would hit the medical tourism sector in the country. 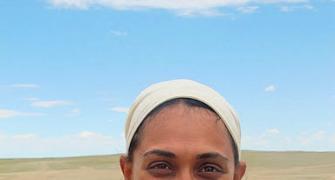 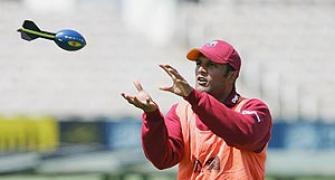