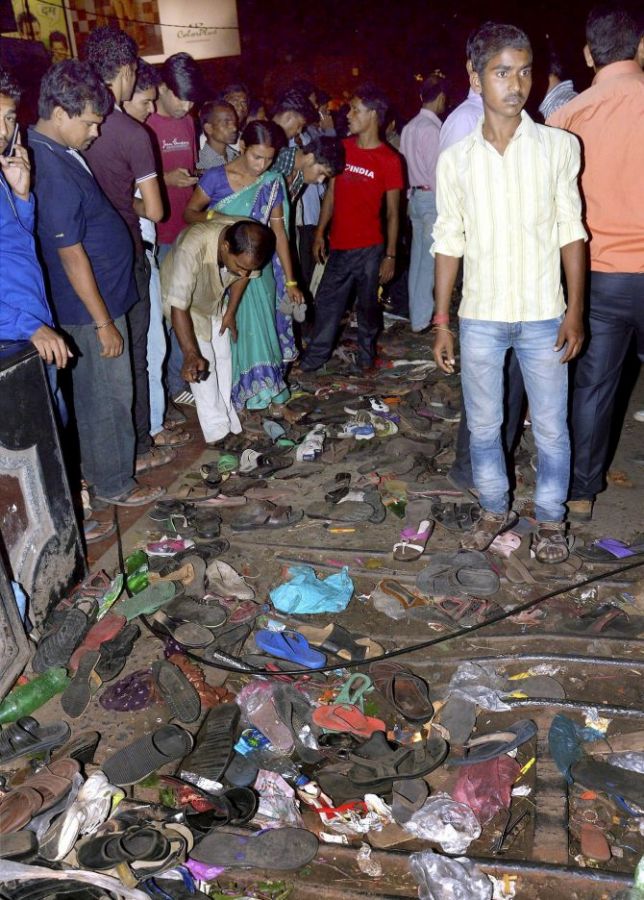 Facing flak for the stampede at Gandhi maidan that left 33 dead and 29 injured, Patna district administration on Saturday denied lapses and said the tragedy “seems to be result of suffocation” due to the huge gathering of people for Dusshera celebrations.

“People appear to have died due to suffocation,” District Magistrate Manish Kumar Verma told reporters at PatnaMedicalCollege and Hospital. Senior Superintendent of Police Manu Maharaj echoing him attributed the tragedy to ‘asphyxiation’.

“CCTV footage shows movement of a huge mass of people and there is no clear picture of stampede visible in the footage... The incident (the deaths) seems to have happened due to suffocation,” he said.

“Some people are seen falling and others picking them up... Light was dim as the high mast light was not functioning near Ramgulam chowk... CCTV footage due to poor light is not conclusive,” the SSP said.

He denied lathicharge by police, which eyewitnesses alleged triggered the stampede and at the same time did not rule out the role of rumours as part of a “conspiracy” behind the tragedy.

Some people are being questioned in this respect and the police was in the process of registering an FIR in the incident.

“We are also checking how far the falling of an electric wire or a ditch in which the feet of some people were trapped caused panic among crowd are true,” Maharaj said.

Verma dismissed allegations that the gates of Gandhi Maidan was kept closed, except for the one that opened near Ramgulam chowk. “Gates were not closed. All the four gates including the one for VIPs were open... This can be seen in CCTV footage which cannot lie,” he asserted.

Asked about the poor light condition in Gandhi maidan, the DM said lighting arrangement was the responsibility of the Puja committee. He said some lights were functional while some others were not working.

Meanwhile, Principal Secretary (home) Amir Subhani and Additional Director General of Police (headquarters) Gupteshwar Pandey, who have been asked by the state government to probe the stampede, visited the spot. “We have come here as part of the probe,” Subhani said.

The two top officials saw a ditch under the iron gate that opened on the side of Ramgulam chowk. They also saw some iron rods of the cover on the ditch were uprooted.

Some eyewitnesses had claimed that the feet of some people were trapped in it causing panic among crowd. Pandey said they would host an open session at the collectorate on October 7 in which people could depose before the probe team.

Image: Crowds look at the slippers left behind at Gandhi Maidan after the stampede claimed 33 lives. Photograph: PTI photo 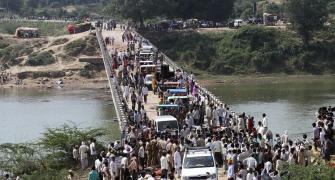 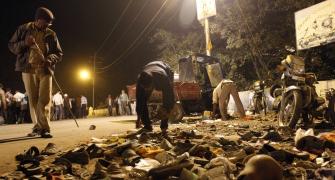 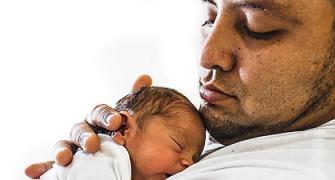 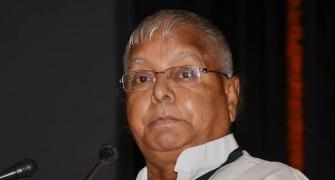 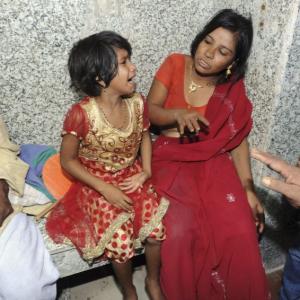 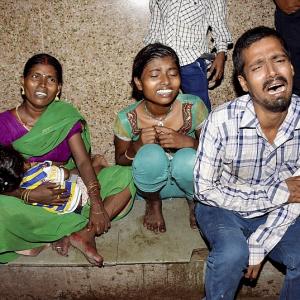