We bring you a collection of some of the best photographs taken this week. 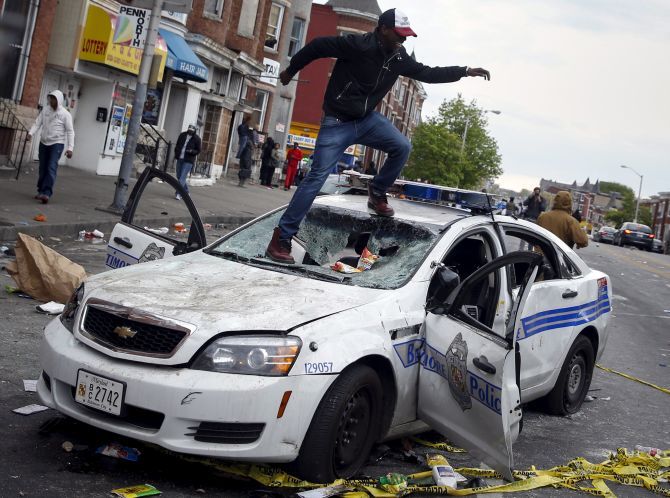 Demonstrators jump on a damaged Baltimore police department vehicle during clashes in Baltimore, Maryland. Several Baltimore police officers were injured on Monday in violent clashes with young people after the funeral of a black man, Freddie Gray, who died in police custody, and local law enforcement warned of a threat by gangs. Photograph: Shannon Stapleton/Reuters 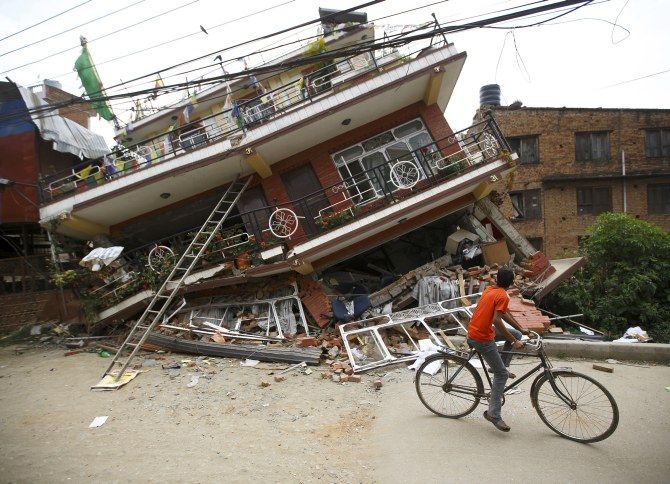 A boy riding a bicycle looks at a collapsed house after Saturday's earthquake, in Kathmandu, Nepal Photographer: Navesh Chitrakar/Reuters 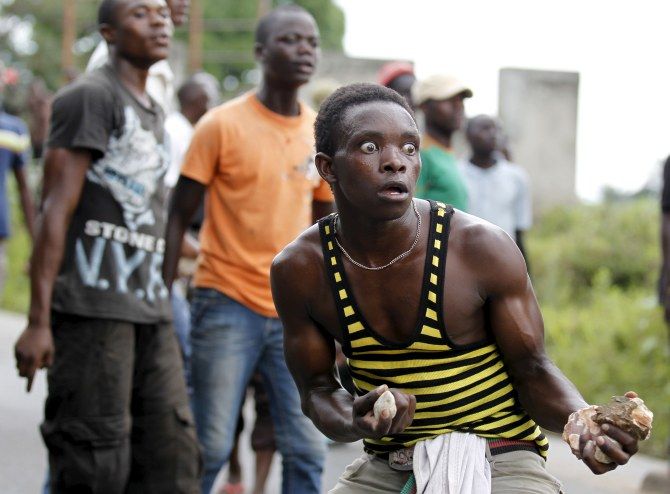 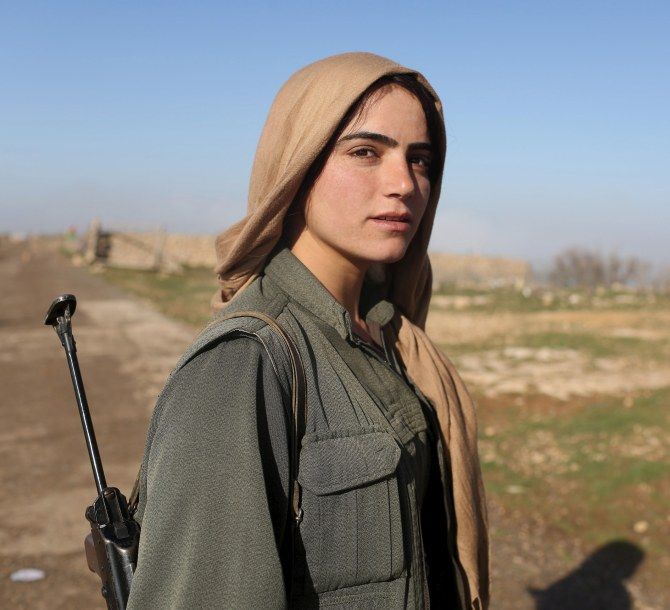 A female Kurdistan Workers Party fighter stands near a security position in Sinjar. Women fighters at a PKK base on Mount Sinjar in northwest Iraq, just like their male counterparts, have to be ready for action at any time. Many of the women have cut links with their families back home; the fighters come from all corners of the Kurdish region. Photograph: Asmaa Waguih/Reuters 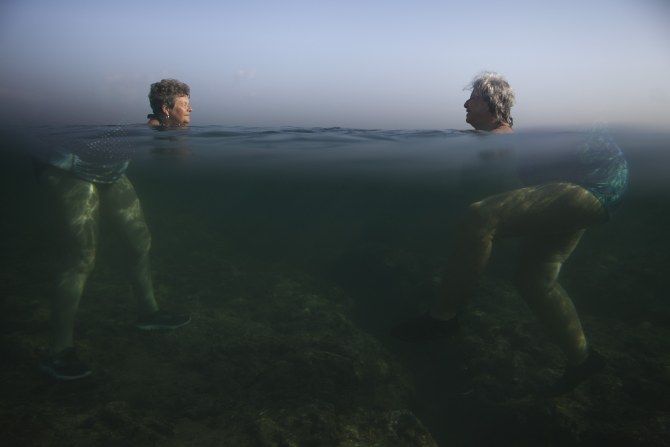 People swim at the sea in Havana. On Sunday, Cuba registered a temperature of 39.7 degrees Celsius, 0.1 degrees less than the island's historic record. Photographer: Alexandre Meneghini/Reuters 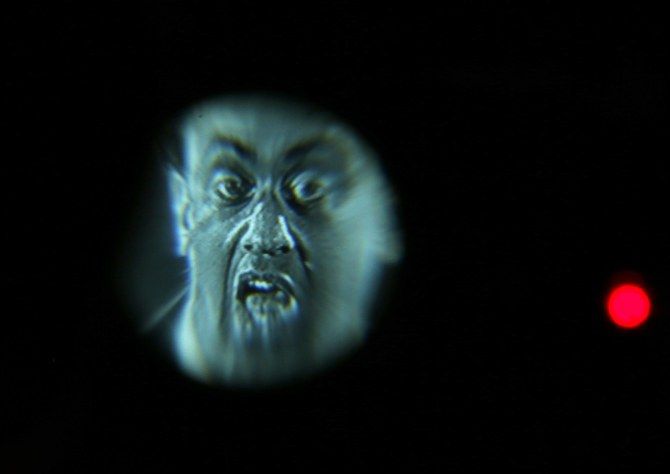 Britain's opposition Labour Party leader Ed Miliband is seen through the viewfinder of a television camera as he speaks to supporters at Memorial Hall in Barry, Britain. Photograph: Cathal McNaughton/Reuters 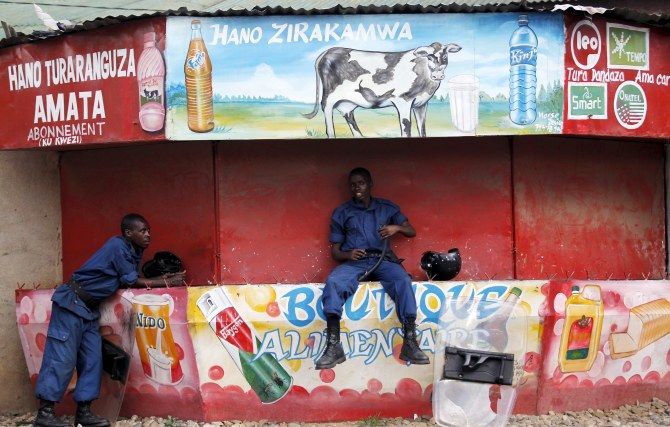 Riot policemen take a break on a closed kiosk during clashes with protesters against the ruling CNDD-FDD party's decision to allow President Pierre Nkurunziza to run for a third five-year term in office, in Bujumbura, Burundi. Photographer: Thomas Mukoya/Reuters 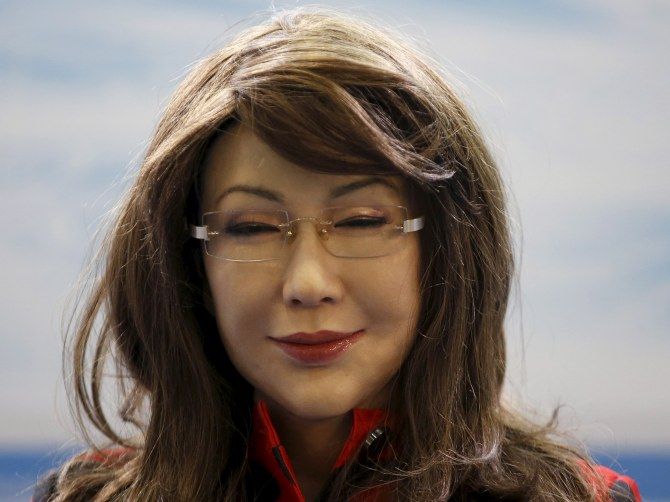 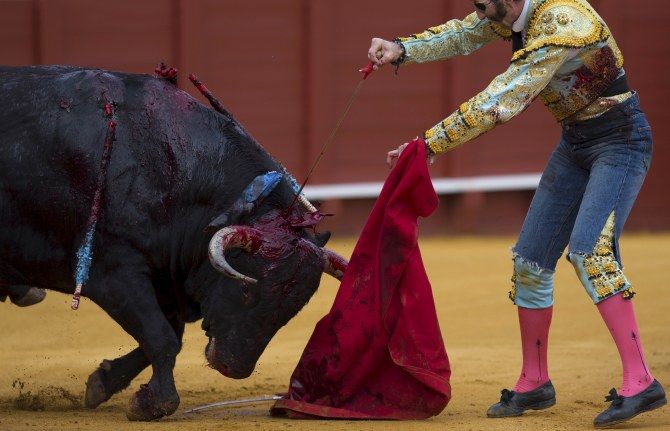 Spanish matador Juan Jose Padilla kills a bull with a sword during a bullfight at The Maestranza bullring in the Andalusian capital of Seville, southern Spain. Photograph: Marcelo del Pozo/Reuters 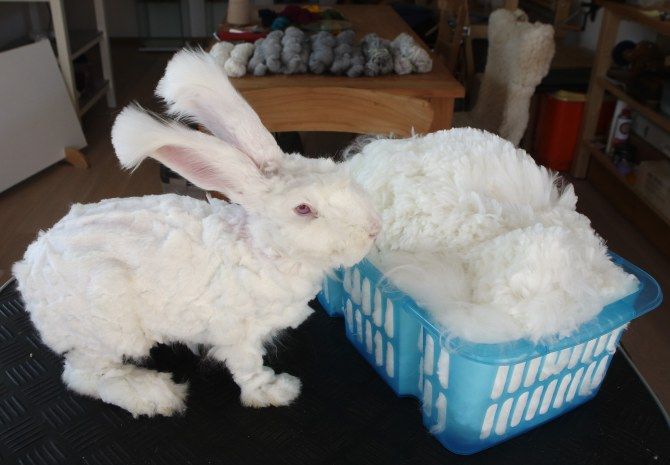 Angora rabbit Emilson sits next to its freshly shaved hair at Georgia Spausta's small farm in Herzogbirbaum, Austria. Spausta produces hand-spun yarn from some 25 angora rabbits which is sold in small scale to enthusiasts or at local markets. The rabbits are clipped four times a year, each time giving some 300 grams of wool, about the amount needed to knit one pullover. Photograph: Heinz-Peter Bader/Reuters 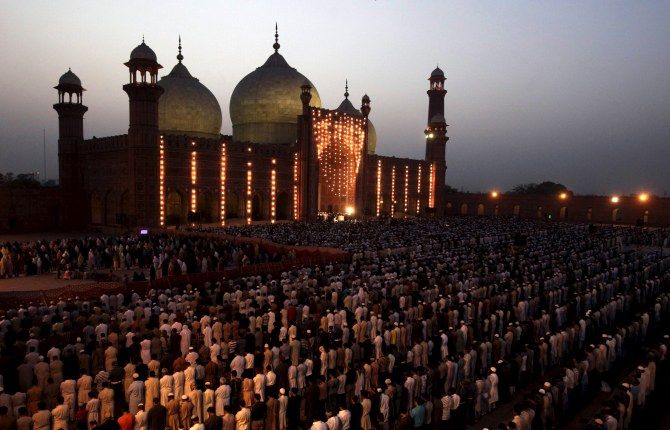 People say their prayers under the leadership of Saudi Arabian Imam of the Grand Mosque Sheikh Khalid al Ghamdi during evening prayers at the Badshahi mosque in Lahore, Pakistan. Photograph: Mohsin Raza/Reuters 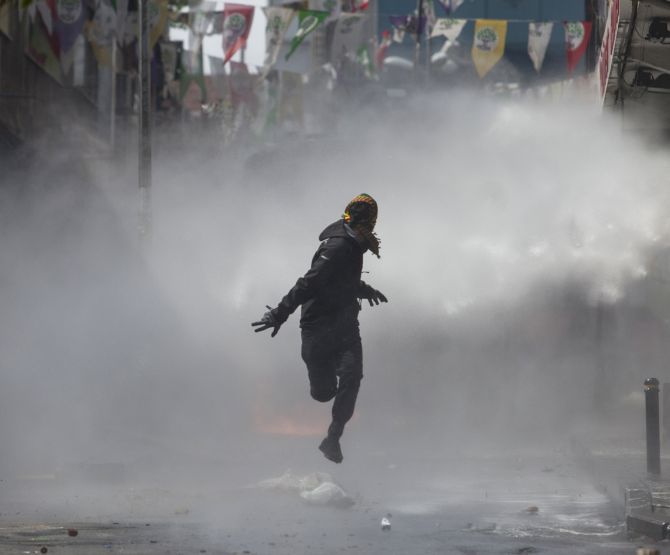 A masked protester runs away from a water cannon's jet during clashes with police in Okmeydani neighbourhood in Istanbul. Istanbul went into a security lockdown on Friday as thousands of police manned barricades and closed streets to stop May Day rallies at Taksim Square, a symbolic point for protests. Photograph: Kemal Aslan/Reuters 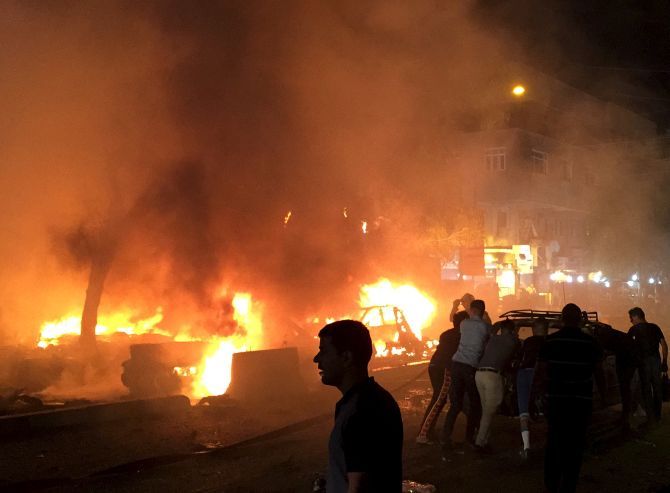 People gather at the site of car bombs attack in Baghdad. Two car bombs went off near a restaurant and a gas station in the predominately-Shi'ite district of Karrada Dakhil, killing 14 civilians and wounding more than 30 others, police and medics said. Photograph: Reuters 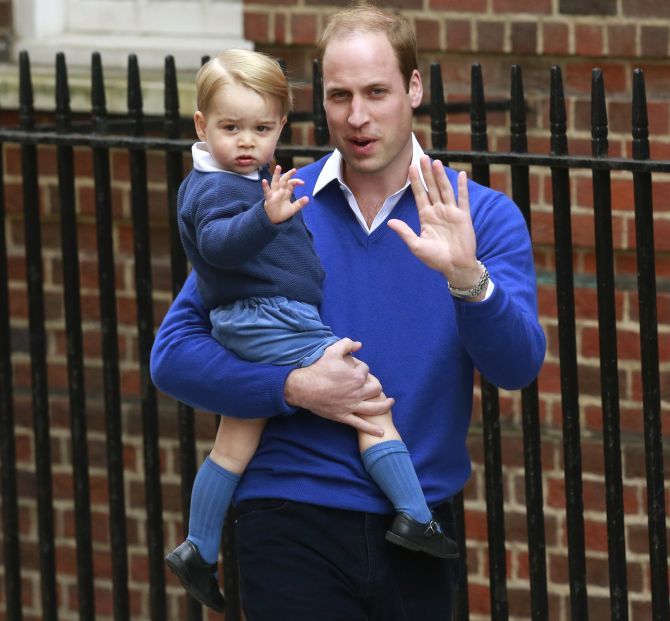 Britain’s Prince William returns with his son George to the Lindo Wing of St Mary’s Hospital, after the birth of his daughter in London. Photograph: Cathal McNaughton/Reuters 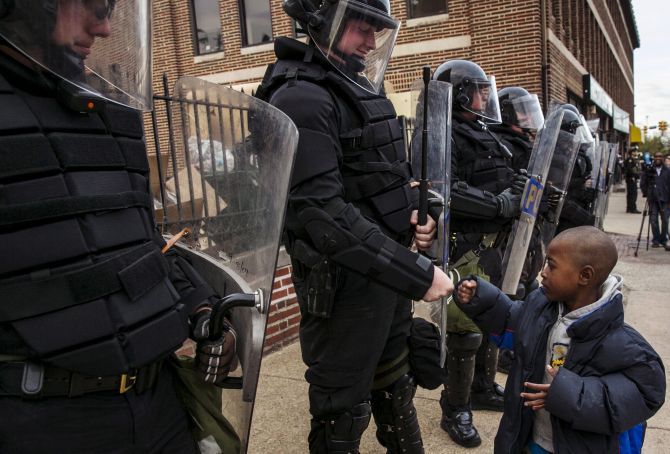 A young boy greets police officers in riot gear during a march in Baltimore, Maryland following the decision to charge six Baltimore police officers -- including one with murder -- in the death of Freddie Gray, a black man who was arrested and suffered a fatal neck injury while riding in a moving police van, the city's chief prosecutor said on Friday. Photograph: Lucas Jackson/Reuters 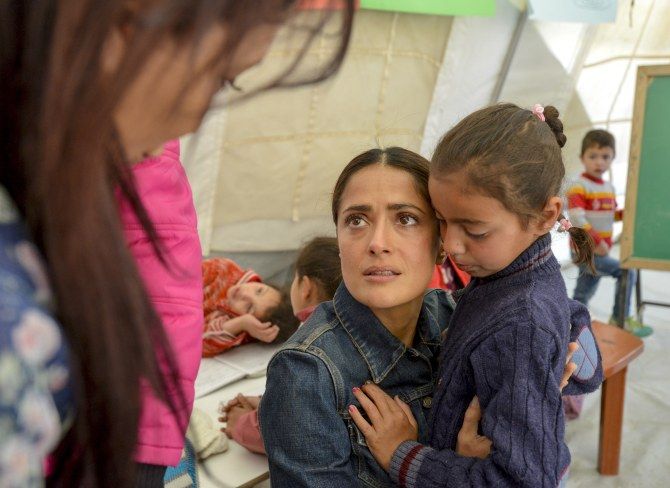 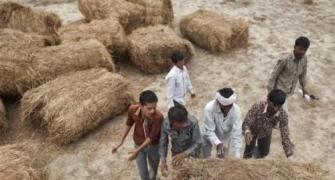 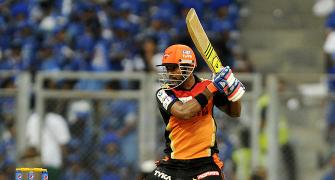 Disappointing that I had starts but have not been able to convert: K L Rahul 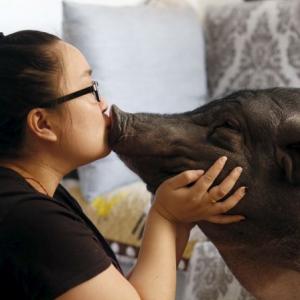 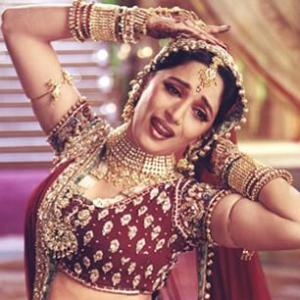