The Delhi unit of the Bharatiya Janata Party on Tuesday asked the Union, state governments and Jawaharlal Nehru University not to allow pork and beef during a festival at the varsity later in September.

"If beef is served by a group of students in the premises of JNU on September 28, then the consequences would be serious," Delhi BJP president Vijender Gupta said in a statement.

An organisation named JNU Foremention Committee for Beef and Pork Festival -- which is a group of "Maoists and anti-national forces" -- has decided to serve beef and pork on September 28 at the JNU premises, he said, alleging that the members of this organisation were connected with Maoists.

Gupta alleged that these people want to disturb law and order in Delhi through this festival and to create situations similar to the recent riots in Assam.

"It is necessary to mention that in the last Parliament session, State Home Minister Jitender Singh had replied to a question in Rajya Sabha, that out of nine districts in NTC Delhi, seven districts were affected by Maoists. In a confidential report of the Army Intelligence Bureau, it is clearly warned that the Inter Services Intelligence, Anti-Indian Terrorists Organisation of Bangladesh, Maoists of Nepal and the active Maoists Organisation in India have jointly decided to capture power at the Centre by 2050," Gupta said.

"In order to make their plan successful, these people are taking the help of higher educational institutions of India. The objectives of these dangerous organisations are to divide India in two parts. Under these plans, they have expanded their organisations in many provinces," he added.

"Now they are planning to do something sensational in the capital of India so that the entire world may be attracted towards them. One of their organisations was trying to brainwash the students by getting into their unions," Gupta alleged.

If these people succeed in their plan, then peace will be disturbed in Delhi, he said, adding that the government and the university shall be responsible for it. 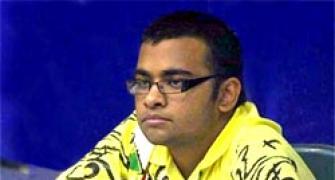 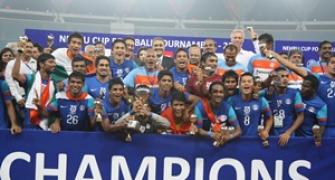 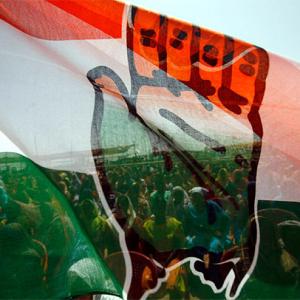