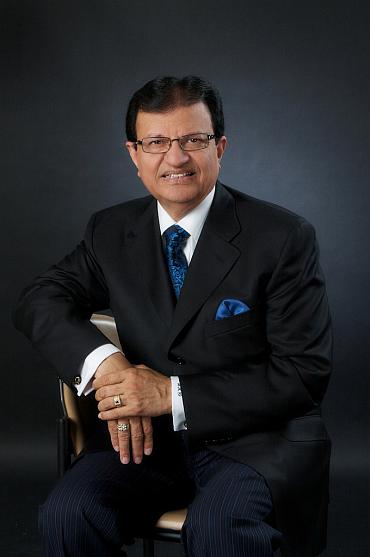 Steve Gupta, president and chief executive officer, Easton's Group of Hotels, has been appointed to the University of Toronto Governing Council for a three-year term. He was on the board of UTGC's  business council before Ontario Premier Dalton McGuinty appointed him to the Governing Council, which makes all the decisions for the University of Toronto.

'I welcome the appointment of Steve Gupta to the University of Toronto Governing Council,' said John Milloy, Ontario minister of training, colleges and universities.

"I feel very good," Gupta told India Abroad. "I have a lot of experience. The Ontario government's idea is to have diversified board. So, the council has lawyers and business people, and as an Indo-Canadian I feel really good."

The UTGC, chaired by lawyer Jack Patch, has 20 members. Gupta is the only Indo-Canadian on the council.

"It is quite an undertaking," Gupta said. "The university has huge real estate, huge endowment funds (an annual budget of $ 2 billion for its three campuses) and receives lots of donations. The governing council has to manage all the funds, deposits, investments, making sure education is delivered properly and economically and the students are looked after and the tuition fees don't increase. We want to make sure that the education is affordable."

"It is important to get involved," Gupta, who has served on many boards, including the Centenary Hospital Foundation, Choice Hotels Canada Franchise Advisory Board, and governing council of Ontario Pharmacists, said. "Giving time is the most valuable commodity... Sometimes it is easier to donate money than to give time."

A migrant from Patiala, Punjab, he thinks "it is important to put our face on the front pages so that people know we are not just takers. We are contributing to the country in various ways. Canada has been really good to me. The country has given me lots of opportunities."

This, he believes, is the time to return the favor. The hotelier says he has built at least one hotel a year since 2004, and with the completion of the two hotels that are now under construction on the outskirts of Toronto, he will own 14 Marriot and Hilton hotels.

"I own them 100 percent, as I don't believe in owning a piece of pie here and another piece of pie there with someone else pulling the strings," he said. "Besides creating numerous jobs, I am now giving my experience and time. This is my humble contribution to Ontario and Canada."