Stage set for another India-Pak meet at SAARC Village

Prime Minister Manmohan Singh will meet his Pakistani counterpart Yousuf Raza Gilani in Thimphu on Thursday, their first substantive meeting in less than a year with India expected to make its unhappiness clear over Pakistan's inaction against perpetrators of the Mumbai attacks.

In the run-up to the Singh-Gilani meeting, the first after the controversial Sharm-el Sheikh engagement last year, India today made it clear that while it wants good relations with Pakistan, it was unwilling to be tied down by any pre-conditions set by Islamabad.

Ahead of the meeting, the Indian side appeared cautious and did not want to raise expectations of any breakthrough. External Affairs Minister S M Krishna today said, "We want to have good relations with Pakistan" but declined to comment on the statement made by Pakistan Foreign Office spokesman Abdul Basit that the Sharm-el Sheikh joint statement should be the basis for the meeting of the two prime ministers.

The two leaders will meet at the SAARC Village this afternoon on the sidelines of the 16th summit of the eight-nation regional grouping.

During the meeting, Singh is expected top seek an update on the investigations and trial in the Mumbai attacks case in Pakistan.

He is also likely to point out that the threat of terrorism emanating from Pakistan continues to loom large since Pakistan has not taken any concrete steps to eradicate the scourge to create conditions conducive for resumption of substantive dialogue stalled since the Mumbai attacks.

The joint statement in Egypt in July last year had triggered a controversy as it mentioned delinking of composite dialogue with the issue of terrorism and made a reference to Baluchistan where Pakistan accuses India of fomenting unrest, a charge flatly dismissed by New Delhi.

Indian officials maintained that while dialogue was the only way forward, for it to be meaningful, Pakistan has to take credible action to punish the perpetrators of the Mumbai attacks and end cross-border terrorism.

Pakistan has been insisting that in line with the Sharm-el Sheikh statement, the dialogue process must be delinked from the issue of terrorism.

Pakistan has arrested seven of those accused in the Mumbai terror strikes. But New Delhi feels that Islamabad
needs to do more on the front. It has contended that 26/11 mastermind and Jamaat-ud-Dawa (JuD) chief Hafiz Saeed was
roaming about freely in that country and brazenly continuing with his anti-India rhetoric.

Pakistan has argued that the dossiers handed over by India during the foreign Secretary-level talks in New Delhi on February 25 did not contain any evidence to nail Saeed. 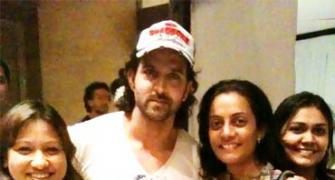