When Jesus walked the streets of Philadelphia

Michael Grant, a former heroin addict, dresses up as Jesus Christ and walks the streets of Philadelphia as part of a mission to share the virtues of the gospel by example. With long brown hair, a thick beard, and wearing a white robe and brown vest Grant, 28, is a splitting image of Westernised depiction of Jesus. He goes by the moniker 'Philly Jesus' which he acquired as a nickname from the local populace. 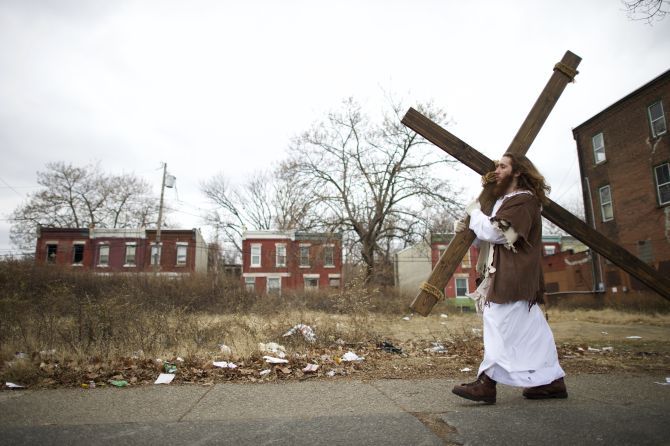 Michael Grant aka ‘Philly Jesus’ carries a 12 foot cross eight miles through a blighted area of North Philadelphia as part of a Christmas walk to spread the true message of the holiday in Philadelphia. Photograph: Mark Makela/ Reuters With the Philadelphia skyline behind him, Michael Grant looks towards the afternoon sun. Photograph: Mark Makela/ Reuters Michael Grant prays with a beggar in Philadelphia. Nearly everyday for the last 8 months, Grant has dressed as Jesus Christ, and walked the streets of Philadelphia quickly acquiring the nickname of Philly Jesus, which he has gone by ever since. Photograph: Mark Makela/ Reuters 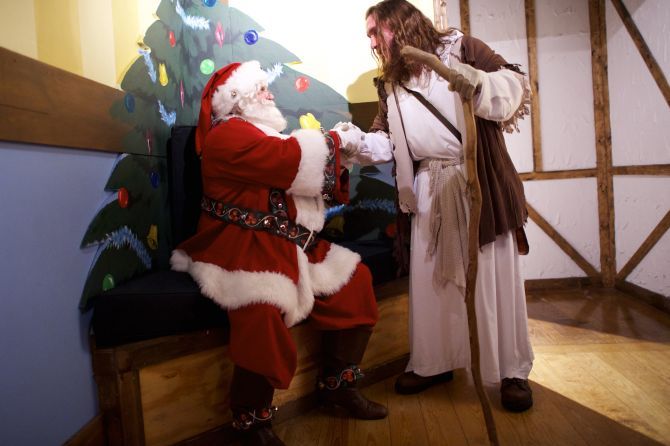 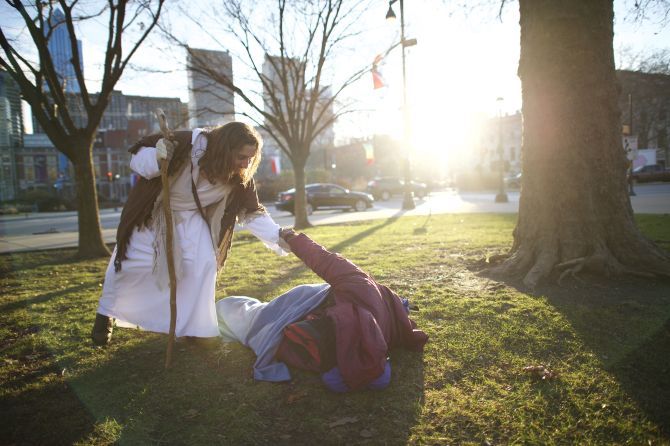 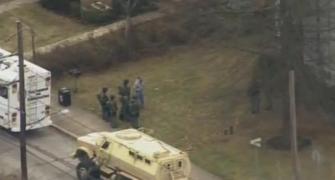 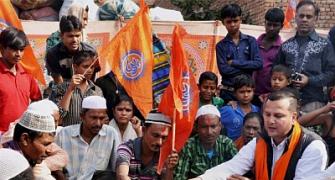 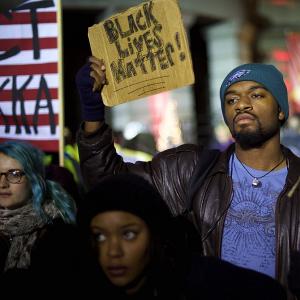 Is this where Jesus was tried in Jerusalem?