The accident took place near the house of the deceased. The car overturned due to the impact. Three occupants of the car have been detained, the police said. Chauhan's nephew Sandeep alleged that his uncle was not immediately taken to the hospital.

"The police took the BMW occupants to the police station first and then took my uncle to the hospital. If they had taken prompt action, my uncle would have been saved," he claimed. The police have denied these allegations.

A large number of locals gathered at the spot soon after the accident, which took place at 6:30 am, and protested the alleged police negligence. Locals alleged that police left Chauhan at the spot and took the three BMW occupants to the police station.

They claimed that Chauhan was conscious, but the police took 30 minutes to take him to hospital.

Angry locals damaged the BMW, blocked traffic and shouted slogans. Senior police officials, including Additional Deputy Commissioner of Police I B Rani, visited the spot and tried to pacify the locals.

Source: PTI© Copyright 2021 PTI. All rights reserved. Republication or redistribution of PTI content, including by framing or similar means, is expressly prohibited without the prior written consent.
Related News: BMW, East Delhi, Sandeep, Akshardham
SHARE THIS STORY
Print this article 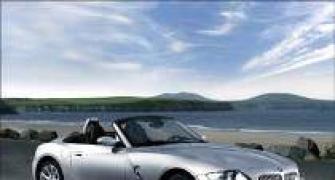 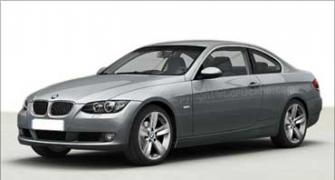