A special tribunal on Wednesday upheld the ban imposed by the Centre on Students Islamic Movement of India, which has links with Pakistan-based terrorist outfits including Lashkar-e-Tayiba and its front, Indian Mujahideen.

Justice V K Shali of Delhi high court, who heads the tribunal, submitted the report to the home ministry upholding the ban on SIMI.

The order came after the Home Ministry in February extended the ban on SIMI by two more years. SIMI was declared outlawed in 2001 when it came to light that the outfit was involved in terrorist activities.

The group was having close contacts with LeT and was charged with carrying out several terror strikes along with Indian Mujahideen.

Though SIMI had challenged the government's move in various courts and also before the Special Unlawful Activities (Prevention) Act tribunals on a number of occasions, it did not get any relief.
PTI
Source: PTI© Copyright 2022 PTI. All rights reserved. Republication or redistribution of PTI content, including by framing or similar means, is expressly prohibited without the prior written consent.
Related News: Students Islamic Movement of India, Indian Mujahideen, K Shali, Lashkar-e-Tayiba, Delhi
Print this article
Lashkar-e-Tayiba poses big threat to South Asia: US
AI to pay Rs 35K for bribe demanded by its staff
Indian warships on goodwill visit to Israel 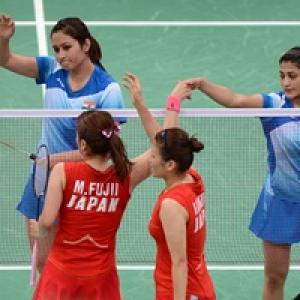