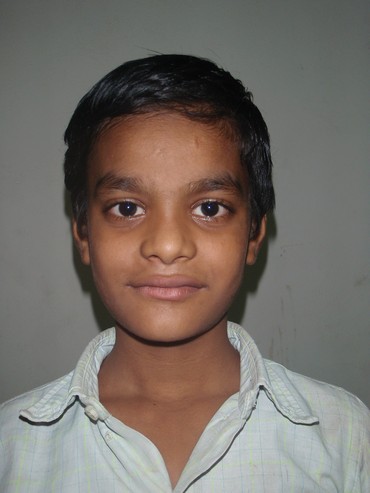 Seven-year-old Mohammed Fazlu's life abruptly went off the rails when he stumbled into a train compartment in April in search of his missing ball.

Over four months later, when everyone had given up hope, he was restored to his family.

There will possibly never be a happier Eid for this child.

On the afternoon of September 8, Ruby Nakka walked into the government reception home in Vellore run by Tamil Nadu's child welfare department to inquire about Mohammed Fazlu, who had been living there for over four months now.

Sometime in April, Fazlu, while playing football near the railway tracks, kicked the ball into a train compartment. As he stepped into the compartment to fetch it, the train began to move.

The terrified little boy -- he is only 7 -- stayed on the train.

On April 29, Railway Police Force constables picked him up at the Jolarpettai railway station in Tamil Nadu over 1,300 km from Mumbai, which the child said was where his home was located.

Unfortunately, the only two other things that Fazlu could recall of his whereabouts is a locality he calls Laksha Mohalla and a restaurant near his house called Mindha.

Fazlu could speak and understand Kannada and remembers the names of his family members -- father Ghouse Basha, a car mechanic, his mother Dilshad, a housewife, brothers Shakoor and Roshan and sisters Salma, Zaiba and Jamila, who he recalled being married to a certain Hafiz.

Till the morning of September 8, Ruby Nakka, a member of the local Child Welfare Committee, was quite sure that the boy was from Mumbai. He had spoken with his contact at the Mumbai CWC and was told that locating Laksha Mohalla in Mumbai was like trying to find a needle in a haystack.

Later that morning he received a call from Lava Kumar, a retired police officer from Bengaluru, who told him that perhaps he was looking in the wrong state altogether!

Kumar pointed out that there was a Lashkar Mohalla in Mysore City, Karnataka.

"That seemed to make sense because the boy spoke and understood Kannada," Nakka told Rediff.com over the telephone from Vellore on Wednesday.

So when he visited Fazlu he asked the boy if he ate ragi. The young boy said yes.

Ragi is a cereal popular in Karnataka. Known as nachni in Marathi, ragi is not part of the Maharashtrian staple diet. Dosas made out of ragi are available only in certain south Indian restaurants and its laddoos sold as 'health food' in select stores in Mumbai.

It was increasingly becoming clear to Nakka that the boy was not from Mumbai but rather from some place in Karnataka.

Recalling the series of events Nakka said, "Some RPF constables found him at Jolarpettai railway station after a Mumbai-bound Mumbai Jayanti Janata Express from Kanyakumari had passed by. They handed him over to a local NGO who then brought him to us (the CWC)."

When Nakka sat with the boy, it didn't take him long to figure out that it would be a while before Fazlu would find his way back home.

Adding to the confusion was the little fellow's disclosure that he had changed trains before ending up in Jolarpettai that morning.

Nakka described the boy as being "a loving child who is confident, well adjusting and does his namaz at seven every evening without fail."

"He seems to have adjusted to his new surroundings but he misses home and wants to go back to his parents. He tells us that it's Ramzan and misses being with his family at this time of the year."

The government reception home you are told shifted to its present location about a year ago and has a capacity to accommodate up to 60 children at any given point.

Besides Fazlu it housed four other children. The families of two children have been tracked down to Assam and Rajasthan respectively and the children will be on their way home. The other two -- who it seems may be here for longer -- were found a couple of weeks ago.

One of them does not have parents; his extended family has turned him over to the CWC being unable to take care of him. The other child is said to be mute and perhaps mentally challenged.

At the reception home, Fazlu spent his time playing and learning maths and other handiwork from a teacher. "It isn't formal education but rather something that will keep him occupied and yet be educational. This isn't supposed to be his permanent home," Nakka pointed out.

Ruby Nakka -- who runs an NGO called Hope House for the protection and care of orphaned children in Vellore -- seems like a man who would like to follow rules but knows that sometimes rules can be cruel.

When the boy was brought to him, he questioned him conscientiously. He has been trying to track the boy's home for the last four months.

Ideally, he would have figured out what state -- if not what city -- the boy had come from. Once that was done, it would be his duty to hand the child over to the relevant CWC who would then take it up from there.

With Fazlu's case things got complicated. "Since we don't know where he came from, we could not send him anywhere," Nakka had said on Wednesday.

The other option Nakka had was putting the boy in foster care or up for adoption. Adoption, he had said earlier, would be the last resort.

Nakka should know. The US-returned physiotherapist has spent 12 years of his life growing up in such a set-up because his parents couldn't afford to take care of him.

"They had three daughters after me. So I was sent to an organisation where I grew up. I studied physiotherapy at Vellore's Christian Medical College and went to the US. I stayed there for ten years, adopted two daughters and realised it was time for me to come back home."

Today Nakka's Hope House works for the protection and care of orphaned children. He also supports his parents financially and says he has never held any grudge against them for sending him away from home. "They never made me feel like I was dumped. Every time they would come over, they'd make me feel special and wanted. I realised where they were coming from. On the brighter side, I couldn't have got to where I am today had it not been for my upbringing in an organisation."

Nakka confesses that a part of him wishes he had memories of being with his family the way other children did. And so each time he would look at Fazlu in the reception home, Nakka would feel a pang of hurt.

As Eid grew closer, a sense of urgency grew inside Nakka. He knew that it was a time for families to come together and celebrate. And a boy of mere seven should not be alone in a government reception home.

"I was hoping we could find his parents by Eid," he says.

In the wee hours of September 9, Nakka received a phone call.

It was four am and he might have fought the urge to not take it. Nakka had had a long day with journalists from all over the country calling him up for information.

But Ruby Nakka took the call.

On the other line were voices he had hoped to hear for over four months. The boy's parents had called up! They had seen a report on their son on a television new channel. They obtained Nakka's number and called him.

On Thursday morning, the morning before Eid, they travelled to Vellore and saw their son. It was a sight they had possibly given up hopes of seeing. Call it divine intervention or the power of the mass media but what might have seemed impossible had been achieved.

Ruby Nakka will now head out of town. When he returns to Vellore three days later, he will tick off one more thing off his to-do list: 'Reunite Mohammed Fazlu with family -- Done!'

Somewhere near Bengaluru tonight, a seven-year-old boy will have an Iftar meal with his family. Tomorrow he will wear a prayer cap, visit the family mosque, kneel before Allah and offer thanksgiving. 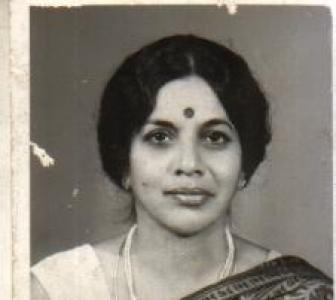 Hailed by the President, he still can't get a job! 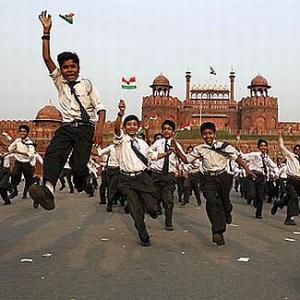 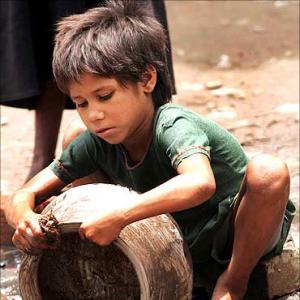 Over 60 million child labourers in India!