In the wake of Trinamool Congress going it alone in the West Bengal civic polls, its UPA ally Congress on Monday dismissed as speculation reports that it was looking for a new ally in Samajwadi Party.

"We don't believe that one alliance should be made at the expense of another. These are all speculations," Congress spokesperson Abhishek Singhvi told reporters here. SP, on its part described the speculation as "baseless".

Singhvi was commenting on reports that SP chief Mulayam Singh Yadav has offered support to the Congress-led coalition in the Centre at the expense of Trinamool Congress, a major ally of the ruling coalition. Trinamool has 19 members in the Lok Sabha while SP has 21.

Singhvi also downplayed reports of differences between Congress and Trinamool, saying that "such differences on small issues are natural in any alliance."

"Much should not be read into it. Our alliance with the West Bengal-based party is stable and deep. Don't put a question mark on the stability on the alliance," he said.

"There is no truth in them," Singh said.

He said though on the last day of Budget Session of Parliament, the SP chief had met Finance Minister Pranab Mukherjee, it was to discuss the caste-based census issue and there was no talk of his party offering support to UPA.

Source: PTI© Copyright 2021 PTI. All rights reserved. Republication or redistribution of PTI content, including by framing or similar means, is expressly prohibited without the prior written consent.
Related News: Trinamool Congress, UPA, Abhishek Singhvi, Mulayam Singh Yadav, Parliamentary Board
SHARE THIS STORY
Print this article
PM to come out with UPA progress card 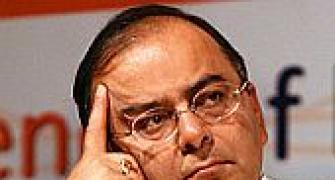