Day after name calling, Shivpal says 'all is well' in Yadav family 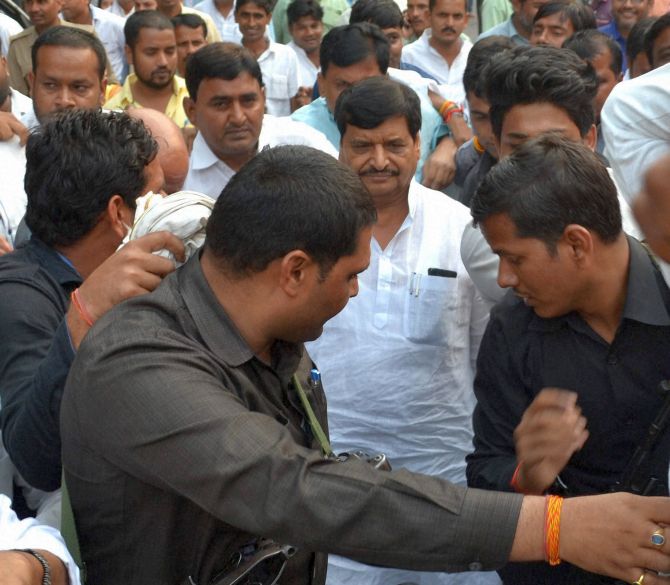 A day after high drama at a key meeting of the ruling Samajwadi Party, its state unit chief Shivpal Yadav on Tuesday said all was well in the party as he visited Mulayam Singh Yadav’s residence and was joined in later by Chief Minister Akhilesh Yadav.

“All is well in the party and the Mulayam family. I am with ‘netaji’ (Mulayam). We will abide by whatever directive is given by him,” he said.

Shivpal was answering questions from media persons at the SP headquarters which had witnessed high drama and ugly scenes with Shivpal calling his nephew Akhilesh a liar and even snatching the mike from him on Monday.

Shivpal on Tuesday drove to the residence of Mulayam to see him. The SP supremo is suffering from severe toothache and is taking rest at his residence.

The chief minister also separately visited the residence of the SP supremo.

Outside the state SP headquarters, tension once again ran high with followers of Shivpal and Akhilesh raising slogans in favour of their respective leaders.

Police had to be deployed in large number outside the SP central office in view of the clashes between supporters of rival sides.

Cordons were set up on Tuesday morning on the roads leading to Vikramaditya Marg where the SP office is situated.

Though no official meeting is scheduled for Tuesday, informal talks were on since Monday night for a rapprochement between Shivpal and Akhilesh as their growing chasm has cast a shadow over the electoral prospects of the party ahead of the 2017 assembly polls.

At Monday’s meeting, Mulayam Singh sided with his younger brother Shivpal and friend Amar Singh, and reprimanded son Akhilesh but ruled out his removal as chief minister.

Akhilesh first had offered to step down but later accused Amar Singh and those close to him of hatching a “conspiracy” against him and his father.

There were sharp exchanges between Akhilesh and Mulayam, who virtually dismissed him as an insignificant entity in UP politics who could not win an election without his support.

“What is your capability? Can you win elections?” he said, snapping at Akhilesh.

Addressing the gathering Akhilesh ruled out forming a new party, a claim which Shivpal disputed, saying he was prepared to “swear” by his son and “Ganga Jal” that the chief minister had told him he would indeed float a new party and contest the assembly polls in alliance with some political party.

The proceedings reached a flashpoint when Akhilesh accused Rajya Sabha member Amar Singh, who recently returned to SP, of having planted a story in a leading English daily in which he was called ‘Aurangzeb’ and Mulayam ‘Shahjahan’.

Image: Shivpal Yadav heads to Mulayam Singh Yadav’s residence a day after the split in the party was out in the public. Photograph: PTI photo 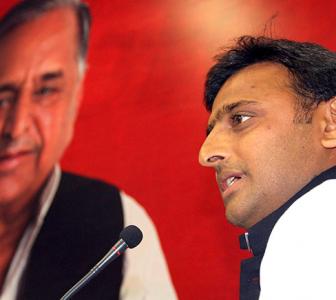 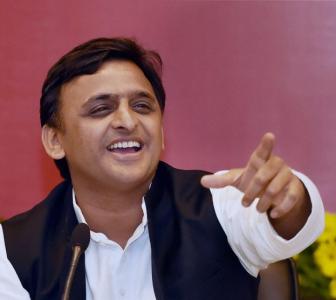 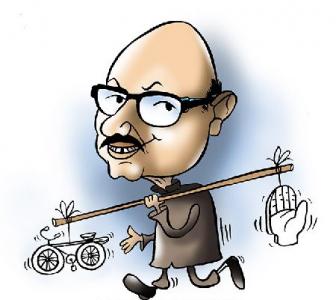 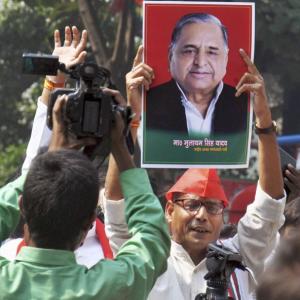 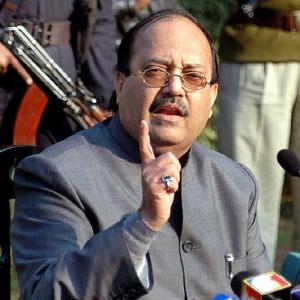