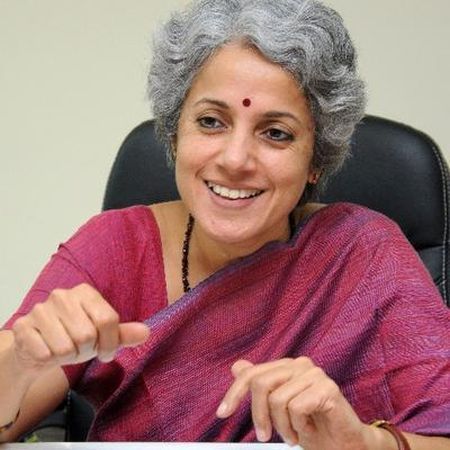 Her famous father, M S Swaminathan, played a key role in revolutionising agriculture in India. Now, Dr Soumya Swaminathan, the newly appointed deputy director of the World Health Organisation, the first Indian to hold the post, has the opportunity to make her mark in healthcare from the vantage point of an influential international institution.

Swaminathan, 58, has been chief of the Indian Council for Medical Research for over two years and during her stint there, she was keenly involved in introducing industry participation in medical research. As a clinical scientist, her principal interest areas of tuberculosis and other lung diseases, especially drug-resistant TB, converge with one of India’s long-running health issues.

Women’s health has been another area of focus, and here her interests go well beyond clinical research. She was part of the committee that drafted the surrogacy bill, which was passed by the Union cabinet in 2016. The bill put in place many restrictions on the flourishing surrogacy industry.

Working at the grassroots, she is reputed to offer simple ideas to make existing health infrastructure more efficient. One of her recent tweets from a public health centre at Palghar district in Maharashtra, is a classic example. It reads: “PHC (Public Health Centre) providing essential services to tribal population in Palghar dist, MH. Can perform better with full solar backup & essential diagnostics.”

Her position at WHO comes after she has already been part of various expert panels like the UNAIDS, WHO’s top TB department, among others.

She was also on several WHO and global advisory bodies and committees, including the WHO expert panel to review global strategy and plan of action on public health, innovation and intellectual property, the strategic and technical advisory group of the global TB department at WHO, and as co-chair of the Lancet Commission on TB.

Swaminathan’s peer group views her as a scientist who can bring in youngsters on board to engage in medical research, especially for infectious diseases.

Dr Shaheed Jawahar, former deputy director, department of clinical research, and Swaminathan’s colleague, says, “In the capacity of the DDG in WHO, Dr Soumya Swaminathan will be able to push through some critical policy advancements in India which will help medical research. India has been lacking in terms of adequate funding for medical research. With her appointment, she will be able to push for more research in India. Her specialisation is in TB and HIV, so research on drugs for those diseases will see a boost.”

Professor Virander Chauhan, visiting scientist at the International Centre for Genetic Engineering and Biotechnology, feels that Swaminathan’s area of expertise will help tackle the menace of tuberculosis globally.

While her main area of interest is tuberculosis, other subjects like bacteriology and immunology also interest her. Her colleagues remember her as one whose focus is not only on the outcome of the research, but also on how the outcome will be implemented.

A teammate from the National Institute for Research in Tuberculosis says Swaminathan believes the value of any research is based on implementation.

She is known for being able to multi-task. An NIRT colleague recalls how she would attend to patients in the midst of her own research work at the institute. “She never outsourced the task of checking patients to her subordinates. She herself attended to every child,” the colleague said.

Though others see her appointment as WHO deputy director general as a means to push for more funding for medical research in India, Swaminathan feels that funds will not immediately start pouring in because of her role.

She believes her new role as the second-in-command at WHO will be limited to being a facilitator in creating health infrastructure. Her track record on this front is strong: During her tenure in ICMR, there has been an annual increase of around 40 per cent in the funds allocated for medical research.

Her credentials are certainly formidable. After completing her MBBS from the Armed Forces Medical College, Pune, she did an MD in paediatrics from the All Indian Institute of Medical Sciences in New Delhi. Further training included a fellowship in neonatology and paediatric pulmonology at the Children’s Hospital of Los Angeles, University of Southern California, USA, and a research fellowship in the department of paediatric respiratory diseases, Leicester University, United Kingdom.

Image: Dr Soumya Swaminathan has been chief of the Indian Council for Medical Research for over two years. Photograph: @doctorsoumya/Twitter 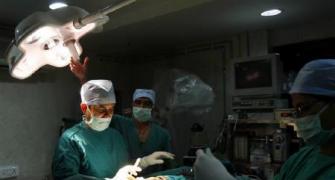 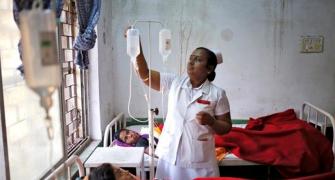 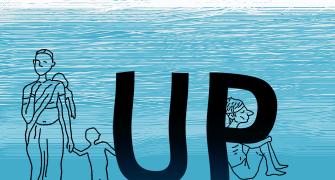 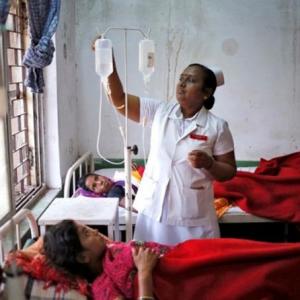