Soren in the dock over 35-year-old murder case

A Jharkhand court on Monday directed Chief Minister Shibu Soren to appear before it on February 3 in connection with a 35-year-old double murder case.

Soren, who will seek a trust vote in the Jharkhand assembly on January 7, is the sole accused in the case, in which eight others were acquitted in 1986. Soren was made one of the accused in the double murder case which had occurred on April 15, 1974 over the killing of a goat at Kudko under Pirtand police station in Giridih.

Two villagers, who protested against their goat being killed by a group, were beaten to death. Five witnesses in the case, including two doctors and two investigating officers, went missing and have not been traced over the years.

Additional District and Sessions Judge N N Singh's direction came after Soren's counsel Prakash Sahay pleaded for time. Soren, the president of the ruling Jharkhand Mukti Morcha, was present in the Jharkhand assembly, the first session of which began on Monday.

Soren took oath as the chief minister on December 30 as the head of a five-party coalition, including the Bharatiya Janata Party. He has the support of 44 legislators in the 81-member assembly. 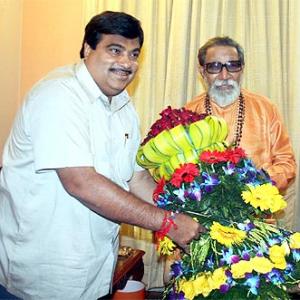