Sonia's spirited speech at the Mahila Congress event was seen as an announcement that she has not abandoned the party and will steer it through these troubled times, reports Anita Katyal.

"It is certainly a good beginning... it will certainly lift the spirits of the disillusioned cadres who were beginning to think that their leaders were not interested in reviving the party and fighting back," a Congress leader told Rediff.com

Sonia's spirited speech at the Mahila Congress event was seen as an announcement that she has not abandoned the party and will steer it through these troubled times.

"Winning and losing is part of life," Sonia declared. "But it is important that we should not leave any stone unturned to regain the Congress party's aan, baan, shaan (honour, show and grandeur)," she added.

If Sonia's inaugural address was meant to inform the rank and file that she is ready for the battles ahead, Rahul's presence at the convention was a message to party workers that he is going to stick around despite loud reservations about his leadership.

In contrast to Sonia's speech, Rahul's valedictory address did not attack the Modi government. He chose to focus on women's empowerment and the need to ensure women's safety.

Still, his comment that "In India, we worship goddesses, but the same people who go to temples to pray to goddesses molest you in buses" was quickly pounced upon in social media as an indication that he remains out of touch.

Wednesday's enthusiasm may prove to be short-lived though. Congress organisations like the Mahila Congress, the Youth Congress and Seva Dal just do not have the means to take forward the cause of the party's revival or striking a chord with the disenchanted electorate in the states.

An expected debacle in the forthcoming assembly elections in Maharashtra, Haryana and Jharkhand would, one Congress leader felt, take the party "back to square one." 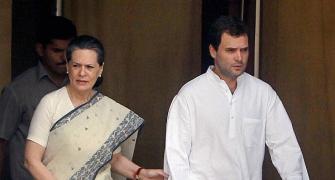 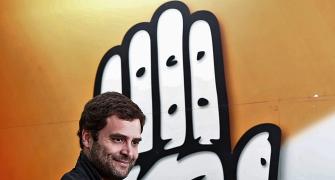 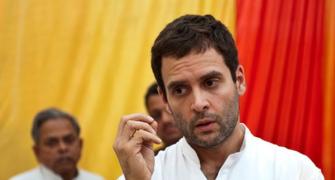 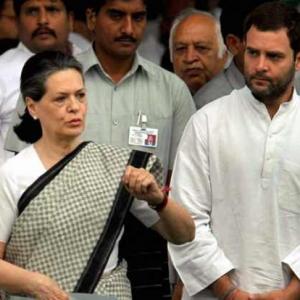 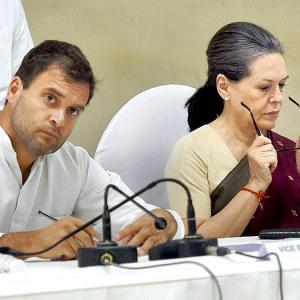