News
Business
Movies
Sports
Cricket
Get Ahead
Money Tips
Shopping
Sign in  |  Create a Rediffmail account
Rediff.com  » News » Sonia appeals to Hazare to give up his fast

Sonia appeals to Hazare to give up his fast

Source: PTI
Last updated on: April 07, 2011 22:33 IST
Declaring that there were no two views on the need for combating corruption, Congress President Sonia Gandhi on Thursday appealed to Anna Hazare to give up his fast, assuring the Gandhian that his views would receive government's "full attention".

"I am pained by Anna Hazareji's fast-unto-death. The issues he has raised are of grave public concern. There can be no two views on the urgent necessity of combating graft and corruption in public life," she said in a statement.

In the backdrop of Hazare resorting to the protest action since Tuesday to demand an effective Lok Pal Bill, Gandhi said that she believed that the laws in these matters must be effective and "must deliver the desired results".

"I am sure that Hazareji's views will receive the government's full attention as we move forward to fight this menace. I appeal to Anna to give up his fast", Gandhi, who is also United Progressive Alliance chairperson, said.

The appeal by Gandhi came when the hunger strike by the 71-year-old social activist entered the third day and the government began talks with anti-corruption campaigners led by him.

During the parleys on Thursday, the government agreed to form a joint committee to draft a stronger Lok Pal Bill but there was no consensus on who will head it and as to whether it should be notified. Hazare rejected the government's offer of an informal committee and said he would not end his protest till the demands were met.

Top sources in Congress said that the public appeal issued by Gandhi is a reflection that she shared Hazare's concerns and also agreed that there is indeed a need for further strengthening the laws to combat corruption. All India Congress Committee General Secretary Janardan Dwivedi said "positive action" will be taken in this regard.

Sources in the party said Gandhi's intervention in the matter took place as the issue raised by Hazare was of public concern and she has been repeatedly stressing on the need for tougher actions to "check the disease of corruption".

Party sources said the appeal shows Gandhi believes the government will respond to it after the sincerity with which Hazare has raised the issue. They said the appeal in a way assured the civil society groups that their concerns will be taken care of. They said that the Congress was committed to the issue, which becomes clear from the fact that it was being discussed between the party and the government for a long time. 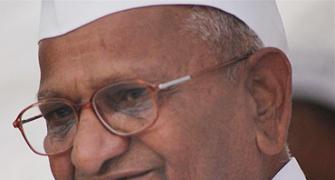 What Anna Hazare said in his letter to PM 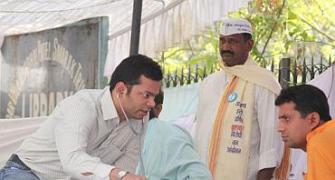 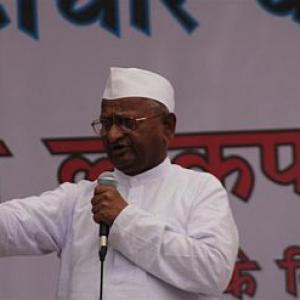