Somali pirates have struck again, this time taking hostage 11 men hailing from Gujarat's Kutch district who were working on a Dubai-based cargo vessel. "According to information received late last night, some 11 men from Mandvi who were working on the Dubai-based vessel Al-Barari were taken hostage after Somalian pirates hijacked the ship from near the port of Mogadishu," Kutch Vahanvati Association president Kasam Ali Bholim told PTI.

"The pirates attacked the ship when it was anchored near Mogadishu port after unloading the cargo it had brought from Dubai," he said, adding he got the information from crew of another vessel which was anchored at the same port. Last week, as many as seven Indian dhows with over 100 crew members were hijacked by Somalian pirates.

Bholim said they have not heard from the missing crew or the pirates. According to Bholim, out of the missing vessels five are from Kutch while two others are from Porbander and Veraval. Bholim feared that there could be more vessels hijacked by the Somalian pirates.

He said they have already approached the Port authorities in Gujarat and the Director General Shipping in this regard. The KVA has over 140 members engaged in transport of cargo from Dubai port to various location in Middle East and Africa. They use vessel weighing between 600 and 1200 tonnes for transporting goods. 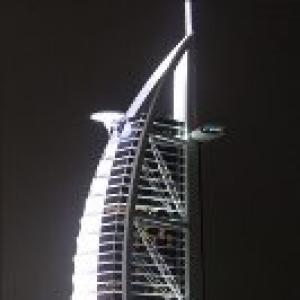