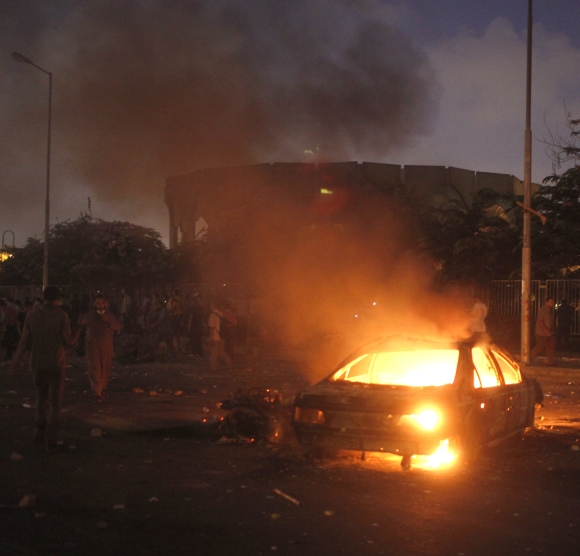 Image: A car that members of the Muslim Brotherhood and supporters of deposed Egyptian President Mohamed Morsi say was burnt by police and plain-clothed people is seen during clashes in Nasr city area, east of Cairo
Photographs: Asmaa Waguih/Reuters

At least 75 supporters of deposed Islamist President Mohammed Morsi were killed on Saturday and hundreds injured when Egyptian security forces opened fire on protesters demanding his reinstatement in Cairo, according to the Muslim Brotherhood.

Brotherhood officials said the security forces started firing shortly before pre-dawn prayers on protesters staging a sit-in in Cairo in support of Morsi, Egypt's first democratically elected president who was toppled by the military on July 3. 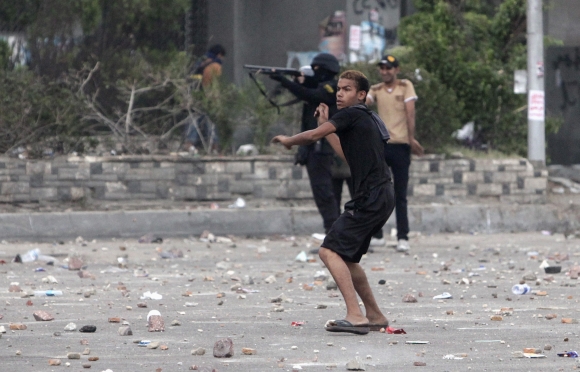 Image: A police officer aims a shotgun at supporters of Morsi during clashes in Nasr city area, east of Cairo
Photographs: Asmaa Waguih/Reuters

The Islamist group, which 61-year-old Morsi formerly headed, insisted that 75 of its supporters were killed and the figures are expected to rise as hundreds more were injured. However, the heath ministry published a conflicting death toll, putting the figure at 19.

Nine people, including a 14-year-old boy, were killed in clashes in Egypt's second biggest city Alexandria on Friday, while at least 10 others died in Cairo on Saturday, the ministry said. Hundreds were also wounded nationwide, including at least seven policemen, health ministry officials said. 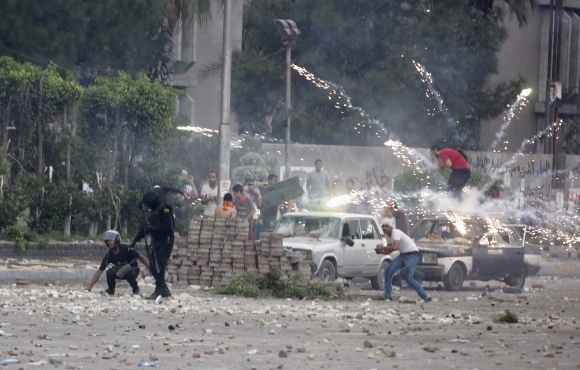 Image: Fireworks are set off near police and anti-Mursi protesters by supporters of Morsi
Photographs: Asmaa Waguih/Reuters

A doctor at a field hospital close to the protest at the Rabaa al-Adawiya mosque told the BBC that more than 1,000 people had also been injured.

Morsi, who is facing several criminal charges, was last seen in public on June 26 and has been detained along with senior aides of his Muslim Brotherhood party. His overthrow after massive nationwide protests demanding his resignation plunged the most populous Arab country into turmoil, with Islamist supporters of Morsi organising rallies demanding his reinstatement. 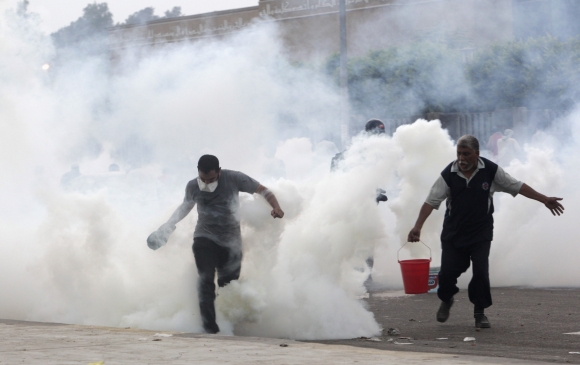 Image: Supporters of Morsi run from tear gas fired at them by police during clashes in Nasr city area
Photographs: Asmaa Waguih/Reuters

Both pro- and anti-Morsi supporters had been holding huge protests overnight in the capital, with some supporting army and others angrily demanding his return to power. Earlier, army chief Abdel Fattah El-Sisi had asked people to come on street to give him a mandate to confront "violence and terrorism". 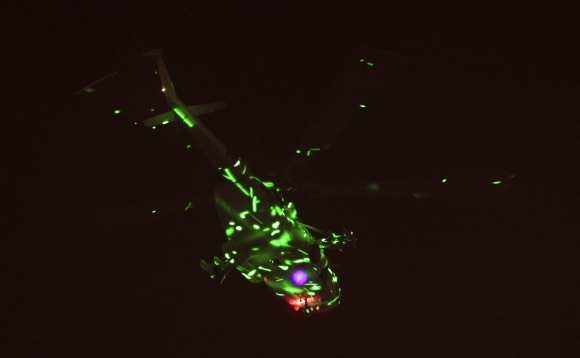 Image: Protesters point lasers towards a military helicopter flying overhead as protesters gather for a mass protest to support the army in front of the presidential palace in Cairo
Photographs: Asmaa Waguih/Reuters

Clashes also broke out in Upper Egypt's Luxor and Mahalah, located in the Delta governorate of Gharbiya.           In the Nile Delta city of Gharbiya, 10 people -- including a police officer -- were injured in clashes between loyalists and opponents of Morsi on Friday.

Meanwhile, clashes were ongoing in Sinai between pro-Morsi militant groups and the forces. Dozens have been killed in the restive peninsula since the beginning of the month.

Tags:
More
© Copyright 2022 PTI. All rights reserved. Republication or redistribution of PTI content, including by framing or similar means, is expressly prohibited without the prior written consent.
Print this
article
ALSO
READ