The Students Islamic Movement of India was formed in Aligarh, Uttar Pradesh, in April 1977. SIMI had originally emerged as a student's wing, which aimed to 'liberate' India from the 'western materialistic culture'. Its founder president was Mohammad Ahmadullah Siddiquie.

The SIMI philosophy was influenced by Deobandi Islam and the slogan of the outfit was 'Allah is our Lord'. At the time of its inception, SIMI had 400 registered members and over 20,000 supporting members.

'The SIMI I founded was completely different'

SIMI perceived the Sangh Parivar as an enemy of Islam and in the year 1986, it organised a national convention called the Khilafat campaign. The campaign advocated the return of the Khilafat to the Muslim world.

Apart from this, the outfit also organised protests against the demolition of the Babri Masjid. During this period, several clashes were reported between the activists of SIMI and the Sangh Parivar.

Just what is SIMI?

Over the years, allegations about SIMI being involved in terror related activities surfaced.. Both the Union government as well as the state governments levelled such allegations against SIMI.

SIMI again came to the forefront in July 2006, after the Mumbai serial train blasts, which claimed 187 lives. The police belived that of the 300 people detained after the blasts, several belonged to the organisation.

SIMI's involvement was also suspected in the Mumbai blasts in 2003, which killed 55 and injured many more.

SIMI was first banned on September 27, 2001, immediately after the World Trade Centre attack in New York. The government decided to ban the outfit for two years and then review the ban periodically.

A tribunal under a High Court judge was also set up for this purpose. The notification banning the outfit had observed that the outfit was involved in several clandestine activities. It also stated that the SIMI had links with 20 odd organisations -- through which the outfit operated.

SIMI was banned for a third time on February 2, 2006, after the second ban came to an end on September 27, 2005. Apart from banning the outfit under the Unlawful Activities (Prevention) Act of 1967, several members were changed under stringent anti-terror laws like the Terrorist and Disruptive Activities (Prevention) Act and the Maharashtra Control of Organised Crime Act.

The police claimed that they had achieved a major breakthrough when they arrested ten key SIMI members in Indore, including all India SIMI chief Safdar Nagori.

The outfit was blamed for the Jaipur blasts and the recent serial blasts in both Bengaluru and Ahmedabad. The Intelligence Bureau suspects that SIMI is now carrying out its operations under the guise of the Indian Mujahideen.

On July 5, 2008, a specially designated tribunal lifted the ban on SIMI, observing that the evidence was not sufficient to justify the ban. 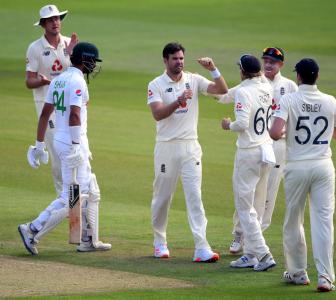