A boast by Qateel Siddiqui about making a second attempt to plant a bomb at famous Shrimant Dagdusheth Halwai Ganpati temple prompted jailed gangsters Alok Bhalerao and Sharad Mohol to eliminate him at Yerawada prison near Pune, according to the chargesheet filed by city police in murder of the Indian Mujahideen operative.

Sharad Mohol and Alok Bhalerao -- in jail for an offence under Maharashtra Control of Organised Crime Act -- were named in the 81-page chargesheet filed by police in the court of Judicial Magistrate first class S S Patil on Wednesday for the June 8 murder of Siddiqui (26) inside his 'anda' cell at the high-security jail, Yerawada police station inspector Kishore Jadhav said on Thursday.

According to chargesheet, what triggered the murder was Siddiqui telling Bhalerao, when he was taking a stroll outside his 'anda' cell, that he would not hesitate in planting a bomb again at the famous temple once released from the jail.

Siddiqui was earlier arrested by the Delhi police on November 22, 2011 and then handed over to the Maharashtra Anti-Terrorism Squad on May 3 to facilitate the probe into an attempt to plant a bomb near the Dagdusheth Ganapati temple on February 13, 2010 -- the day of the German Bakery blast.

Siddiqui's plan to set off a blast at the temple could not materialise as an alert flower vendor prevented him from placing the bag containing explosives at his stall.

The chargesheet says Mohol and Bhalerao walked into the cell of Siddiqui on the morning of June 9 and strangulated him with a pair of drawstrings removed from two shorts.

Qateel, who hailed from Samastipur in Bihar, was allegedly indoctrinated by IM chief Yasin Bhatkal in 2008. He had been to Delhi, Mumbai and Pune on Bhatkal's instructions.

All the cases in which Qateel was allegedly involved took place in 2010. 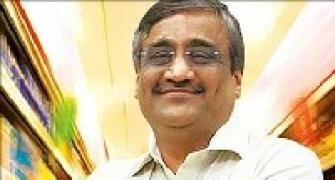 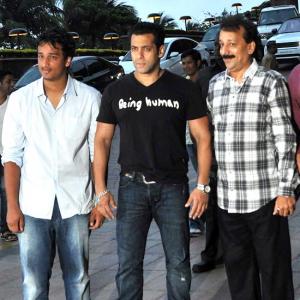