A journalist of national broadcaster Doordarshan, who survived a Maoist strike in Chhattisgarh’s Dantewada district on Tuesday, said the sound of bullets and grenades continued for 45 minutes after the attack as he lay in a ditch on the roadside.

IMAGE: People pay their tribute during the wreath laying ceremony of two police personnel and a video journalist of Doordarshan who were killed in a Maoist attack in Dantewada. Photograph: PTI Photo

The DD scribe, Dhiraj Kumar (pictured below), said the horrific incident would never fade from his memory.

Kumar was lucky to have survived the attack, but his cameraperson Achytanand Sahu, 30, lost his life. Along with lighting assistant Mormukut Sharma, 35, they had recently arrived in the state for the coverage of the next month’s assembly polls.

Police said the attack took place near Nilawaya village, around 450 km from state capital Raipur. Over half a dozen districts, including Dantewada, are affected by Left-wing extremism in the state.

“We were in Dantewada for the last two days. We were informed that a polling station had been set up in Nilawaya where people haven’t voted from the past 20 years following which we decided to go there on Tuesday,” he said.

WATCH: Dantewada SP breaks down while talking about death of 2 jawans, DD cameraman

Kumar, who has been working with DD since 2009, said they were heading to the village along with police personnel on around eight motorcycles.

“Ahead of Nilawaya at about 10 am, Sahu was recording visuals on the road. Meanwhile, police personnel removed a Maoist poster put up on a tree branch. Sahu, who was making its visuals, suddenly fell on the ground,” he said. 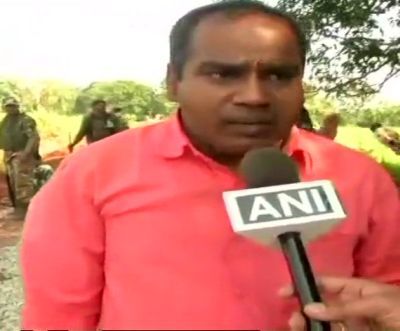 Kumar said initially he thought Sahu had some problem, but then moments later he realised that his colleague was bleeding.

“Suddenly, heavy firing started from forest on the left side of the road,” the 37-year-old said.

A native of Bihar’s Begusarai district, Kumar said their motorcycle lost balance. “Fortunately, I fell and rolled in a ditch by the road. My lighting assistant Sharma also crawled towards me,” he said.

“For the next 45 minutes, I just heard sounds of bullets and grenades. There were about 200 Naxals. Some grenades fell near us, but thank God they did not explode,” he said.

“We were lucky that Dantewada Superintendent of Police Abhishek Pallav along with reinforcement reached there in a short span of time and pushed Naxals deep into the forest,” he said.

Kumar said the incident had shocked DD reporters who were on assignment in other poll-bound states and they had decided to return to Delhi.
“Neither do we have social security, nor any insurance. Who will look after our families if we die? All the reporters (of Doordarshan) who have been deputed in poll-bound states from Delhi have decided to return to the national capital,” he said.

Kumar and Sharma will reach the national capital on Wednesday.

Deputy Inspector General (Anti-Naxal Operations) Sundarraj P said the incident took place when a squad of local police was carrying out patrolling on motorcycles from Sameli camp towards Nilawaya.

The Naxalites have called upon voters to boycott the assembly polls in the state, which has 90 seats.

The remaining 72 constituencies will witness polling on November 20. The counting of votes will be held on December 11. 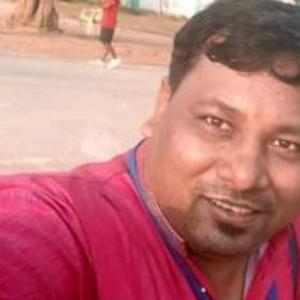 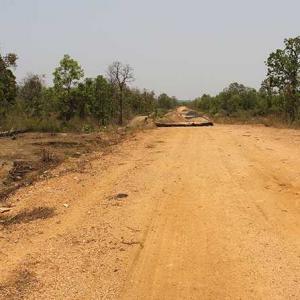