The Bhopal police is assessing threat perception to Right to Information activist Shehla Masood's father Sultan Masood, the chief prosecution witness in her murder case, who has demanded a security cover.

"We have asked the police station concerned (Koh-e-Fiza) to assess the threat perception to Sultan and will take a decision on it after studying its report," Bhopal Deputy Inspector General (DIG) Yogesh Choudhary said.

Demanding security cover for himself fearing threat to his life, Sultan, said, "I had met the state Home Minister few months back demanding security for myself as I am living alone and  also fear that those who were involved in the crime would harm me."

"Though a policeman had visited my residence to record my statement on the issue, so far no security has been provided to me," he said.

Shehla was shot dead on August 16 last year when she was sitting in her car just outside her house in the posh Koh-e-Fiza locality of Bhopal. The Central Bureau of Investigation had so far arrested Zahida, her close confidant Saba Farooqui, and alleged killers -- Irfan Ali, Tabish and Shaqib Danger - in the case. 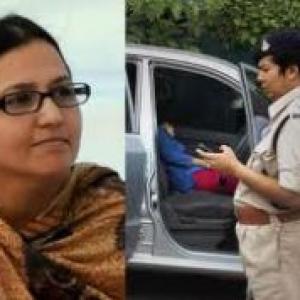