Setback to Modi: US lawmakers urge Clinton to deny him visa 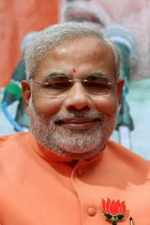 In a setback to Gujarat Chief Minister Narendra Modi, a group of 25 American lawmakers have urged the United States Secretary of State Hillary Clinton to continue denying visa to the Bharatiya Janata Party leader, stating that his government has not adequately pursued justice of the 2002 riot victims.

"As Modi continues to pursue a potential run for higher office, we believe a change in policy to his request for a visa will only embolden Modi and his government's efforts to obstruct further investigations and the tandem prosecution that have still to be finished to bring the perpetrators to justice," as many as 25 members of the US House of Representatives wrote in a letter to Clinton.

Dated November 29, the letter addressed to Clinton was released to the press on Monday, by Republican Congressman Joe Pitts and Frank Wolf on the eve of their joint press conference at the Capitol Hill with family members of the victims of the 2002 Gujarat riots.

"India is a thriving democracy, and one that is aspiring to a high standard of leadership and progress. It is disturbing that certain parties in India are considering elevating Modi, despite his tie to these attacks. Allowing him to enter the United States will only serve to abdicate his responsibility for the 2002 human rights abuses," the Congressmen said.

Observing that the Bush administration "rightly denied" Modi a visa to enter the US, the lawmakers said as he is currently seeking support for a possible bid for prime ministership, including meetings with leaders of foreign nations, "we expect" that he may again request entry into the US.

"We respectfully request that the US government deny Modi entry due to numerous reports of his involvement in horrific human rights violations in India," the lawmakers said.

"As you may know, Modi served as the chief minister of Gujarat during the 2002 riots that ultimately resulted in the rape of countless women and children, the destruction of homes and businesses and the loss of 2,000 lives," the Congressmen alleged.

"Non-governmental organisations have alleged that the state government in Gujarat, led by Chief Minister Modi, provided leadership and material support to the perpetrators of these horrific crimes. After their investigation of violence, the Human Rights Watch stated that the 'attacks against

Muslims (and other religious minorities) in Gujarat have been actively supported by state BJP government officials and by the police'," the letter alleged.

Noting that in the past, the state department has denied Modi a visa under the authority of the International Religious Freedom Act for his complicity in the riots, the lawmakers said it has stated that the Gujarat government has not adequately pursued justice of the victims of the 2002 violence.

"As there has been no further resolution to these issues and justice has yet to be fully realised for the victims of the riots, we ask that you continue to deny Modi a visa. As Modi continues to pursue a potential run for higher office, we believe a change in policy to his request for a visa will only embolden Modi and his government's efforts to obstruct further investigations and the tandem prosecutions that have still to be finished to bring the perpetrators to justice," the Congressmen said.

Source: PTI© Copyright 2021 PTI. All rights reserved. Republication or redistribution of PTI content, including by framing or similar means, is expressly prohibited without the prior written consent.
Related News: Narendra Modi, Hillary Clinton, United States, Bharatiya Janata Party, Gujarat
SHARE THIS STORY
Print this article
US polls: Desis divided over loss of Modi sympathiser
Modi NOT eligible for diplomatic visa: US embassy
US congressman campaigns for US visa for Modi 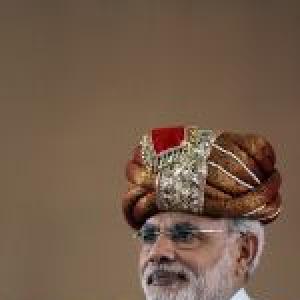 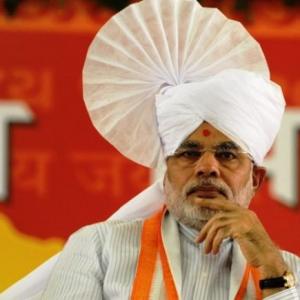