Three men, who survived the alleged April 6 'encounter' in the Seshachalam forests, give crucial evidence to the National Human Rights Commission on how their friends and family members were wrongly detained and later shot dead. 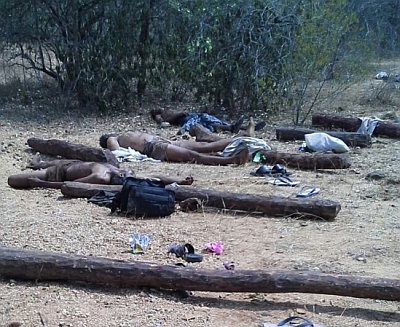 Two nervous survivors of the alleged extra-judicial killings by the Andhra Pradesh police Special Task Force appeared before the full bench of the National Human Rights Commission on Monday, April 13, to record their statements in New Delhi.

Earlier this month, the STF shot dead 20 alleged red sander 'smugglers' in the Seshachalam forests located close to the temple town of Tirupati.

However, both survivors and a third person identified as Illangovan claimed to be daily labourers and that they were contacted by agents to work on construction projects.

This, they claimed, is a common practice with thousands of villagers migrating for work. They strongly denied any links with smugglers or being part of the syndicate exporting red sanders, an endangered red sandalwood tree which grows in the Rayalaseema and Nellore regions of Andhra Pradesh.

His neighbour and relative, Mahendran, informed him of a construction job in Chennai.

On April 6, he and Mahendran were travelling by bus to Chennai when at 2.30 pm they were stopped at the Arcot bus stand by a strong-looking man with closely cropped hair. He caught hold of Mahendran's shirt and forced him out of the bus.

Two other men from his village -- Murthy and Munusamy -- also travelling in the same bus, were forced out.

With only Rs 90 in his pocket, an agitated Sekar got off the bus at the next stop and made his way home only to be informed the next day that Mahendran, Murthy and Munusamy were among the 20 people shot dead by the STF.

Sekar's daughter is doing her master's in chemistry while his son has just completed his diploma. His wife accompanied him to Delhi.

Balachandran, another daily wage labourer, received a call from an agent named Palani for some masonry work in Pondicherry.

On Palani's request, Balachandran agreed to bring eight other men, including his father Harikrishnan, with him. This group arrived at Alagayam by night where they stayed in Nambiyampattu village.

While waiting for a bus to Arcot, Balachandran and another labourer stopped at a government liquor shop. When they reached the bus stop, Balachandran could not find either Palani or his father.

They decided to continue on their journey, with the other labourers staying in touch with the agent. When they reached Nagari Puttur (in Andhra Pradesh), Bala was informed that Palani had been arrested.

A scared Balachandran made his way back to his village only to be informed that his father and seven other labourers, many of whom were his relatives, had been killed by the STF near Tirupati.

Illangovan, in his statement to the NHRC, said on April 6 he set out with his friend Paneerselvam to find masonry work.

At 8 pm, their autorickshaw was surrounded by eight armed policemen in mufti.

Both of them were bundled into an open lorry carrying around 30 or so people. The lorry stopped outside the rangers' office in Kezthirupathy where some police personnel took photographs of the men in the lorry.

Around 4 am, Illangovan jumped out of the truck and made his way back to his village. The same night, Panneerselvam's body was brought back to the village.

These facts have been documented largely by the efforts of the human rights organization People's Watch whose director Henri Tiphagne along with his team set out on a fact finding mission on April 7 itself to try and find out the details of why such a large number of people had been killed under such mysterious circumstances.

"Our team informed the state governments and officials of Andhra Pradesh and Tamil Nadu of our fact finding mission and visited the scene where the alleged encounter took place. They also visited the hospitals and post-mortem centres as well as the villages that the deceased victims belonged to and met their family members," Tiphagne told a media interaction in New Delhi.

It was because of their efforts that the NHRC took suo muto cognisance of the 'encounter' and recorded the statement of the two survivors who Tiphagne pointed out chose to go public at grave personal risk.

They have presently been given protection by the Tamil Nadu police along with the panchayat heads of their villages who played a key role in helping People's Watch activists in locating these survivors.

"These three men survived the killings due to sheer luck. Otherwise, their corpses would have been among those found in the Seshachalam forest," Tiphagne said.

Supreme Court advocate Vrinda Grover has demanded an "independent and credible investigation to dislodge the long history of impunity enjoyed by the police."

"Unless there is accountability and perpetrators of this crime are punished, extrajudicial killings will continue," she said.

These interm findings will be presented on April 15 at Vellore while the final report will be submitted to the NHRC on April 23 in Hyderabad. 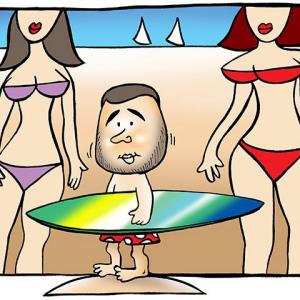 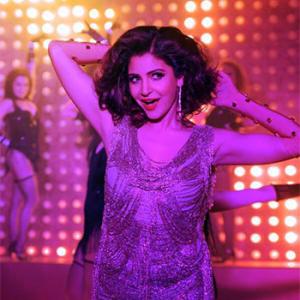