A war of words is currently on between the Congress MP and Shiv Sena following Nirupam's remark that north Indians can bring Mumbai's life to a standstill.

Nirupam, earlier in the day, dared the "three Thackerays" to step out without security.

In his reaction, Raj Thackeray said he would certainly deal with Nirupam. "I will burst crackers after Diwali is over," he said.

But the MNS chief, who left Shiv Sena a few years ago, did not lose the opportunity to remind that Nirupam was once a `Shiv Sainik'.

"Long back, I had been telling them (Shiv Sena) not to make Nirupam big. Why the Dopaharka Samna (Sena's Hindi mouthpiece) was started? To win the Hindi votes. Shiv Sena made him big, now he is attacking them," Raj said, pointing out that it was Sena which made Nirupam an MP the first time.

"We will crush him. Diwali is on, wait for two more days. There are thousands of Hindi-speakers in Mumbai and nobody had ever raised voice. But leaders like Nirupam are inciting them," Raut told mediapersons. 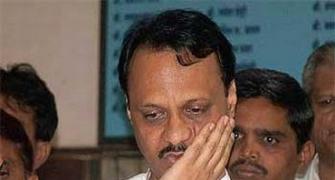 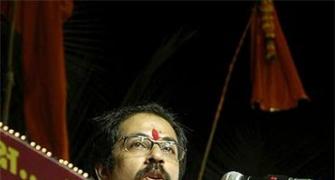 Nirupam dares Thackerays to move around without security