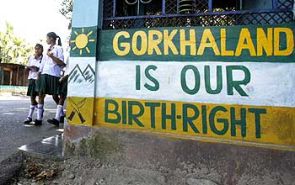 A Gorkha Janmukti Morcha supporter attempted self-immolation in Darjeeling as the indefinite bandh by the GJM for a separate Gorkhaland entered the sixth day on Thursday, even as the West Bengal government said it would follow court orders strictly to maintain normalcy.

The GJM supporter, Purba Sherpa, a 32-year-old physically challenged person, who was in a procession set himself alight near the Chowk bazar, police sources said.

The other GJM supporters hastily put out the flames and rushed Sherpa to the DarjeelingSadarHospital.

Earlier, a 45-year-old GJM supporter, Mangal Kumar Rajput, had set himself alight at the Dambarchowk in Kalimpong town on July 30 and died of his burns at a hospital in Siliguri on August 3.

A group of children with their wrists and ankles chained and women members of the GJM with shaved heads took out a silent procession near the district magistrate's office.

Slogan-shouting GJM supporters blocked roads in all the three hill subdivision of Darjeeling, Kurseong and Kalimpong.

Amrit, Priyadarshan and Anil were later released, while the other two were arrested, they said.

The total number of arrests rose to 145 with the two arrests. 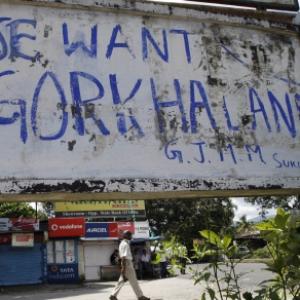 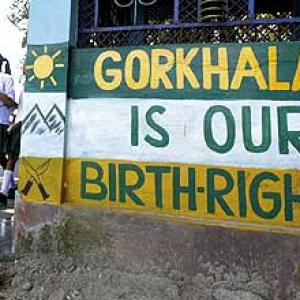