Heavy pre-monsoon showers in Maharashtra's Jalgaon district led to flooding of the ground floor of the COVID-19 hospital, forcing its staff to shift patients to upper floors in midnight, an official said on Sunday.

The city in north Maharashtra started receiving downpour on Saturday late night which continued for at least two hours, said an official from the Godavari Medical College where COVID-19 patients were being treated.

The patients were on the ground floor as many of them and their relatives are more than 50-year old, he said.

"There were some 12 patients on the ground floor. The same floor also has an emergency ward for accident patients.

"The late night showers caused flooding in the ground floor and within few hours, we were standing in knee deep water," recalled the official.

He said patients were shifted to upper floors while some machinery and equipment was left on the ground floor.

"Bureaucracy is clueless. There is no planning, no proper person to lead from the front, and above all the state government has a little concern towards such issues," he said.

The official blamed construction of a highway near the hospital for the flooding.

"Since the height of the road is elevated, it created a slope towards the hospital," he claimed.

District guardian minister Gulabrao Patil also concurred with the view of the official.

"The ongoing four-laning work of the highway has led to water rushing towards the hospital. I have instructed officials to complete the work at the earliest so that similar situation does not arise again." 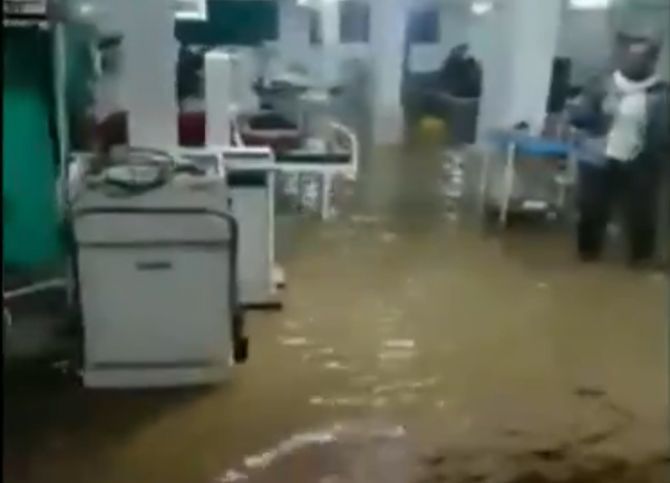 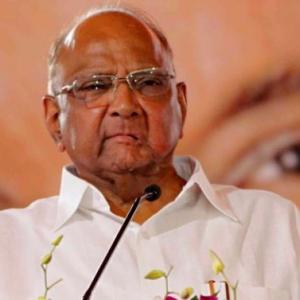 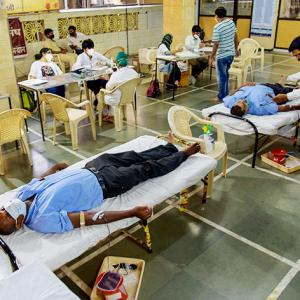